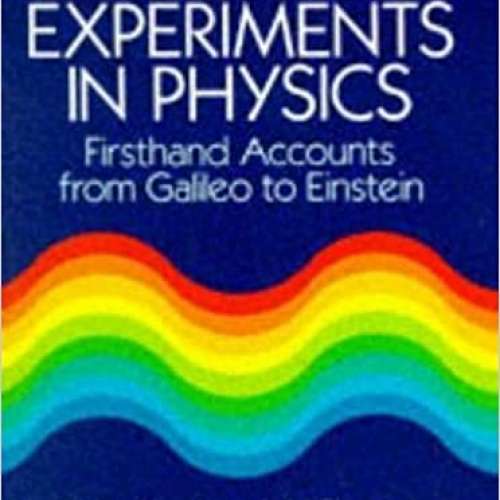 144
0
To genius page →
Great Experiments in Physics: Firsthand Accounts from Galileo to Einstein

From Galileo's famous experiments in accelerated motion to Einstein's revolutionary theory of relativity, the experiments recorded here trace the evolution of modern physics from its beginnings to the mid-twentieth century. Brought together for the first time in one volume are important source readings on 25 epochal discoveries that changed man's understanding of the physical world. The accounts, written by the physicists who made them, include: