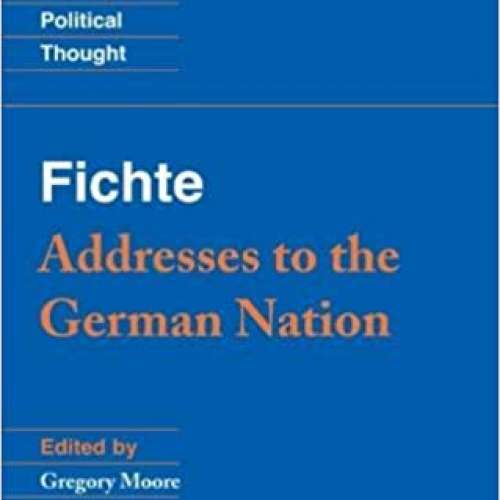 51
0
To genius page →
Fichte: Addresses to the German Nation

This is the first translation of Fichte's addresses to the German nation for almost 100 years. The series of 14 speeches, delivered whilst Berlin was under French occupation after Prussia's disastrous defeat at the Battle of Jena in 1806, is widely regarded as a founding document of German nationalism, celebrated and reviled in equal measure. Fichte's account of the distinctiveness of the German people and his belief in the native superiority of its culture helped to shape German national identity throughout the nineteenth century and beyond. With an extensive introduction that puts Fichte's argument in its intellectual and historical context, this edition brings an important and seminal work to a modern readership. All of the usual series features are provided, including notes for further reading, chronology, and brief biographies of key individuals.