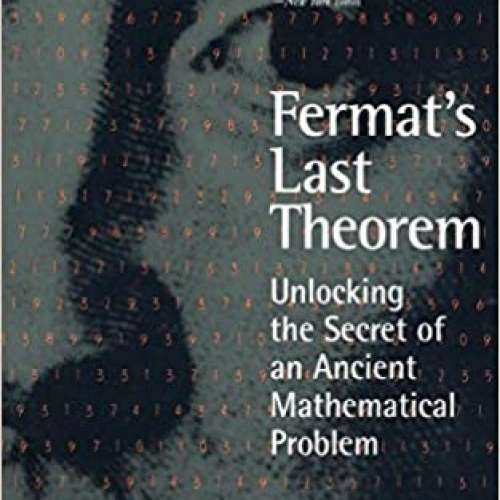 Over three hundred years ago, a French scholar scribbled a simple theorem in the margin of a book. It would become the world's most baffling mathematical mystery. Simple, elegant, and utterly impossible to prove, Fermat's Last Theorem captured the imaginations of amateur and professional mathematicians for over three centuries. For some it became a wonderful passion. For others it was an obsession that led to deceit, intrigue, or insanity.

In a volume filled with the clues, red herrings, and suspense of a mystery novel, Dr. Amir Aczel reveals the previously untold story of the people, the history, and the cultures that lie behind this scientific triumph. From formulas devised for the farmers of ancient Babylonia to the dramatic proof of Fermat's theorem in 1993, this extraordinary work takes us along on an exhilarating intellectual treasure hunt. Revealing the hidden mathematical order of the natural world in everything from stars to sunflowers, Fermat's Last Theorem brilliantly combines philosophy and hard science with investigative journalism. The result: a real-life detective story of the intellect, at once intriguing, thought-provoking, and impossible to put down.