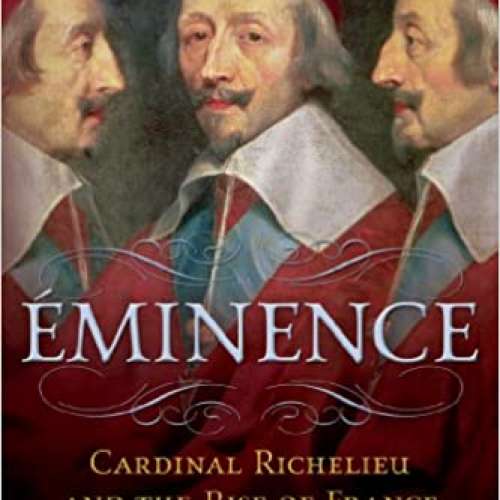 91
0
To genius page →
Éminence: Cardinal Richelieu and the Rise of France

Chief Minister to King Louis XIII, Cardinal Richelieu was the architect of a new France in the seventeenth century and the force behind the nation's rise as a European power. One of the first statesmen to clearly understand the necessity of a balance of powers, he has captured the imagination of generations, both through the story of his life and through Alexandre Dumas's portrayal of him as a ruthless political mastermind in the classic The Three Musketeers.