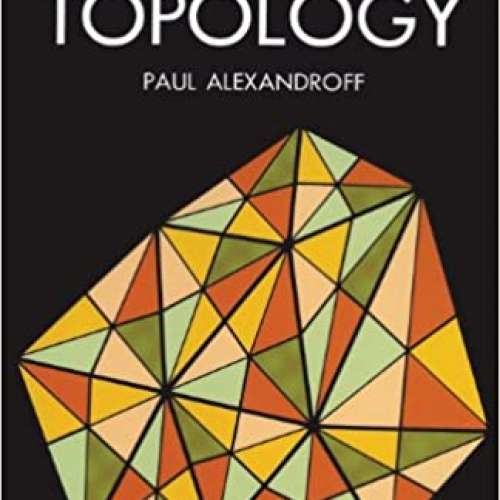 Alexandroff's beautiful and elegant introduction to topology was originally published in 1932 as an extension of certain aspects of Hilbert's Anschauliche Geometrie. The text has long been recognized as one of the finest presentations of the fundamental concepts, vital for mathematicians who haven't time for extensive study and for beginning investigators.

The book is not a substitute for a systematic text, but an unusually useful intuitive approach to the basic concepts. Its aim is to present these concepts in a clear, elementary fashion without sacrificing their profundity or exactness and to give some indication of how they are useful in increasingly more areas of mathematics. The author proceeds from the basics of set-theoretic topology, through those topological theorems and questions which are based upon the concept of the algebraic complex, to the concept of Betti groups which binds together central topological theories in a whole and upon which applications of topology largely rest.