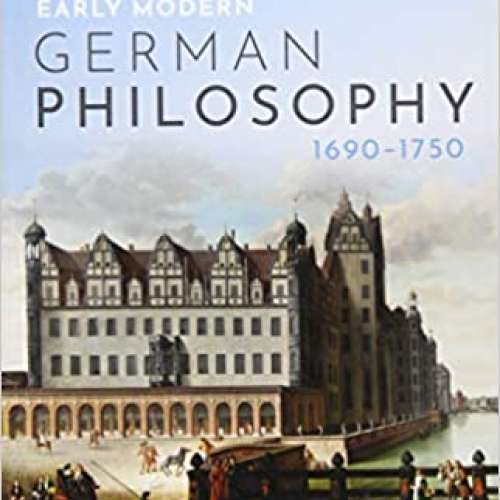 Early Modern German Philosophy (1690-1750) makes some of the key texts of early German thought available in English, in most cases for the first time. The translations range from texts by the most important figures of the period, including Christian Thomasius, Christian Wolff, Christian August Crusius, and Georg Friedrich Meier, as well as texts by consequential but less familiar thinkers such as Dorothea Christiane Erxleben, Theodor Ludwig Lau, Friedrich Wilhelm Stosch, and Joachim Lange. The topics covered range across a number of areas of theoretical philosophy, including metaphysics (the immortality of the soul, materialism and its refutation, the pre-established harmony), epistemology (the principle of sufficient reason, the limits of reason with respect to matters of faith), and logic (the role of prejudices in cognition and the doctrine of truth).