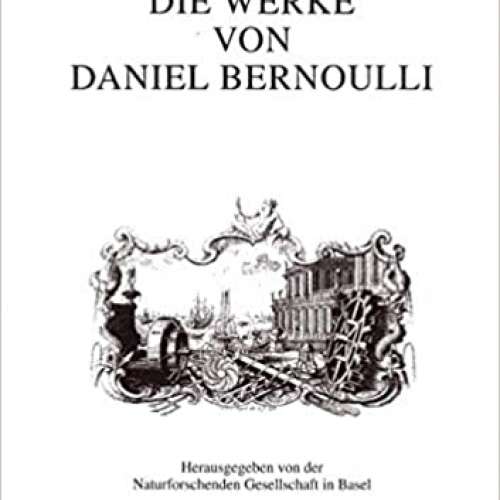 The works from Daniel Bernoulli's youth contained in this first volume of his Collected Works bear witness above all of his versatility; they deal with subjects as different as physiology, formal logic, mathematical analysis, hydrodynamics and positional astronomy. Daniel Bernoulli's contacts with Italian scientists gave rise to several controversies. The present volume documents both sides in each of these debates, which culminated with the publication of Bernoulli's first book Exercitationes mathe- maticae in 1724. The discussions with the renowned mathematician Jacopo Riccati on second-order differential equations and on the Newtonian theory of the out-flow of fluids from vessels deserve particular interest.