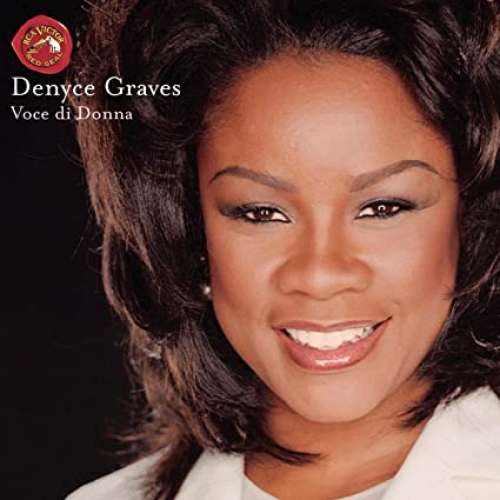 This isn't mezzo-soprano Denyce Graves's first solo disc (she has previously released a compilation of romantic opera heroines), but it's definitely her most impressive. Like many beginning recording artists, she hasn't always been able to project her stage electricity into the microphone, but with such a sumptuous voice, one doesn't always mind. Here, though, there's not a dull moment in two choice arias each from roles Graves has sung often onstage: her signature role of Carmen and her almost-as-famous Dalila. There's also a fairly promising preview of the Charlotte from Werther, which she'll sing with Andrea Bocelli in October 1999 in Detroit, though one senses she still has work to do in learning to act with her voice. Two baroque-period selections, an aria from Handel's Amadigi and Purcell's famous "When I Am Laid in Earth" from Dido and Aeneas, suffer from imprecise diction and messy ornaments. But the aria in which Graves sounds most emotionally present is, oddly enough, "Must the Winter Come So Soon" from Barber's Vanessa. Her vivid reading reminds you of what happens onstage with her and hopefully what's to come on recordings. --David Patrick Stearns