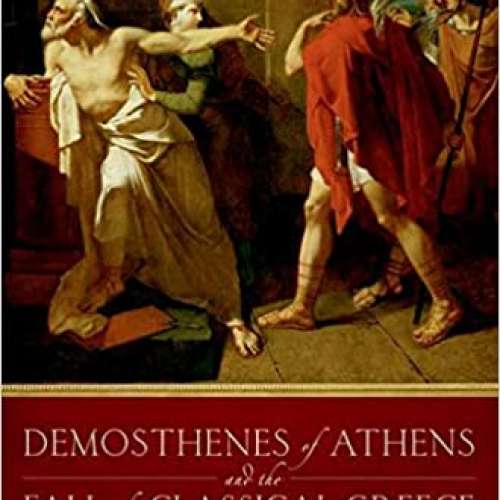 Regarded as ancient Greece's greatest orator, Demosthenes lived through and helped shape one of the most eventful epochs in antiquity. His political career spanned three decades, during which time Greece fell victim to Macedonian control, first under Philip II and then Alexander the Great. Demosthenes' resolute and courageous defiance of Philip earned for him a reputation as one of history's outstanding patriots. He also enjoyed a brilliant and lucrative career as a speechwriter, and his rhetorical skills are still emulated today by students and politicians alike. Yet he was a sickly child with an embarrassing speech impediment, who was swindled out of much of his family's estate by unscrupulous guardians after the death of his father. His story is one of triumph over adversity. Modern studies of his life and career take one of two different approaches: he is either lauded as Greece's greatest patriot or condemned as an opportunist who misjudged situations and contributed directly to the end of Greek freedom. This biography, the first ever written in English for a popular audience, aims to determine which of these two people he was: self-serving cynic or patriot - or even a combination of both. Its chronological arrangement brings Demosthenes vividly to life, discussing his troubled childhood and youth, the obstacles he faced in his public career, his fierce rivalries with other Athenian politicians, his successes and failures, and even his posthumous influence as a politician and orator. It offers new insights into Demosthenes' motives and how he shaped his policy to achieve political power, all set against the rich backdrop of late Classical Greece and Macedonia.