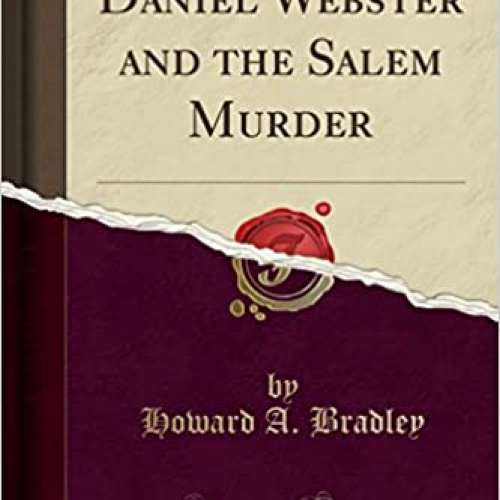 98
0
To genius page →
Daniel Webster and the Salem Murder

Excerpt from Daniel Webster and the Salem Murder

This is the story of a famous murder, murder most foul, as in the best it is, and of the trials of John Francis Knapp and of Joseph Jenkins Knapp. It is also the story of the part Daniel Webster played in those trials. His summation in one of those trials is thought by some to be the greatest ever delivered in America.

It is not our purpose to glorify Daniel Webster, but to present a more complete analysis of the case than has yet been published. In 1891 William H. Moody, who later became a Justice of the Su preme Court of the United States, said that a much better report of an exceedingly interesting trial and one where the law settled is of almost daily application, might be prepared. We have brought to light a sizable body of material that has been undisturbed for many years in newspapers, pamphlets, letters, diaries and official records.