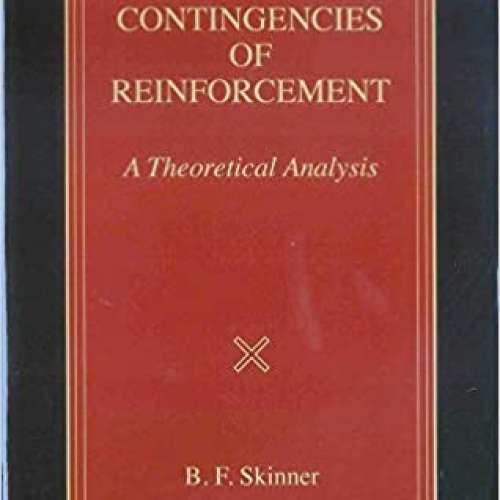 126
0
To genius page →
Contingencies of Reinforcement: A Theoretical Analysis

B.F. Skinner is often (incorrectly) said to be anti-theory, but has stated clearly that 'A theory is essential to the scientific understanding of behavior as a subject matter.' This book provides his writings on that essential topic. In addition the three parts outlined below from Skinner's introduction, this B. F. Skinner Foundation edition includes a new foreword by David C. Palmer.

PART I traces the emergence of the concept of contingencies of reinforcement and its use in the interpretation of cultural practices and in the Predication and control of human behavior. PART II takes up the nature and dimensions of behavior, the ontogenic and phylogenic variables of which it is a function, and the contingent relations among those variables. PART III returns to theories which appeal to events taking place somewhere else, at some other level of observation and shows how they are replaced by an analysis of contingencies of reinforcement.