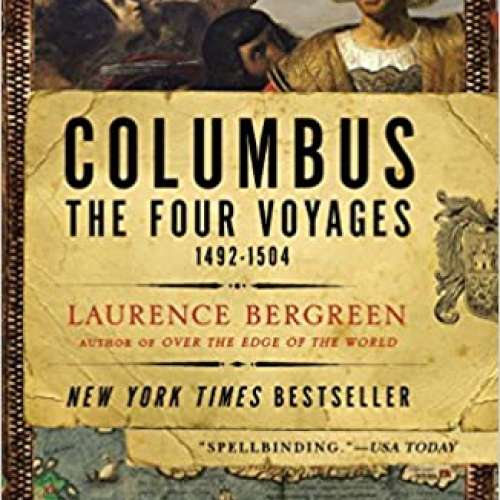 He knew nothing of celestial navigation or of the existence of the Pacific Ocean. He was a self-promoting and ambitious entrepreneur. His maps were a hybrid of fantasy and delusion. When he did make land, he enslaved the populace he found, encouraged genocide, and polluted relations between peoples. He ended his career in near lunacy. But Columbus had one asset that made all the difference, an inborn sense of the sea, of wind and weather, and of selecting the optimal course to get from A to B. Laurence Bergreen's energetic and bracing book gives the whole Columbus and most importantly, the whole of his career, not just the highlight of 1492. Columbus undertook three more voyages between 1494 and 1504, each designed to demonstrate that he could sail to China within a matter of weeks and convert those he found there to Christianity. By their conclusion, Columbus was broken in body and spirit, a hero undone by the tragic flaw of pride. If the first voyage illustrates the rewards of exploration, this book shows how the subsequent voyages illustrate the costs - political, moral, and economic.