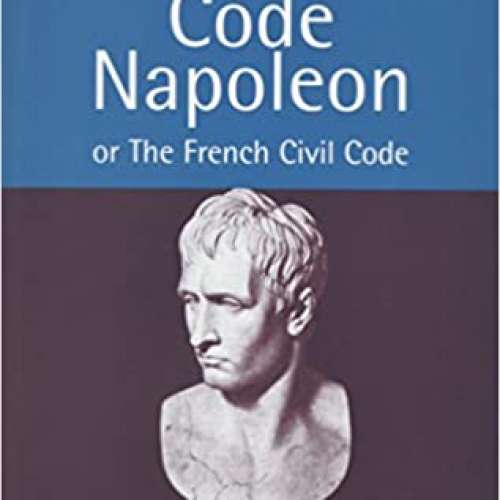 129
0
To genius page →
Code Napoleon: Or the French Civil Code

Even though Napoleon died in exile, his legal legacy still endures. By the time he was defeated at Waterloo, his codification of civil laws, known as the "Code Napoleon," was more than ten years old. Countries on which he had not imposed the Code also went on to adopt it, and their influence spread its contents around the globe. Today, nearly all of the civil law nations of the world can trace their laws to the Code Napoleon. It was the law of the land covered by the Louisiana Purchase and is still the basis of the law in Louisiana. This volume is an informative and interesting addition to the library of every attorney and legal scholar.