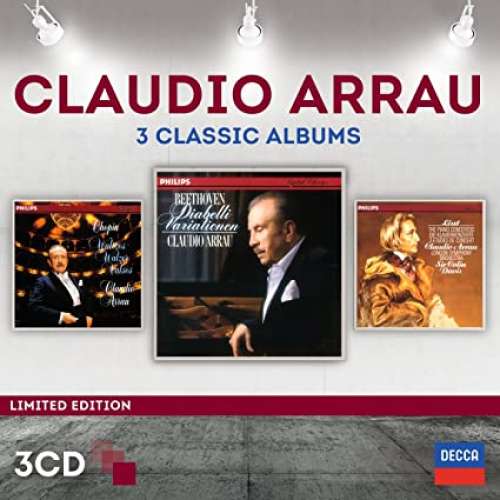 Beethoven was a composer with whose music Arrau was particularly associated, and he could trace his illustrious musical ancestry back via his teacher Martin Krause, himself a pupil of Liszt, and Czerny to Beethoven himself.

Arrau recorded the Diabelli Variations for American Decca in 1952, and he made this second recording in 1985, during the period of his projected digital recording of Beethoven s piano sonatas. This later performance allows us to hear Arrau s incomparably full and rich sound to glorious effect, with a transparency that permits every strand in the texture to be heard, displaying Arrau s polyphonic gift but without sacrificing the beauty of sonority which was such a feature of his playing. Some of the tempi may appear slower than before, the rubati grander, but actually the overall durations of the two performances are remarkably similar.

In Arrau s hands these variations cover almost every available mood and style, their characters ranging from serious or profound (Nos.14 and 20) to the scintillating or humorous (Nos.10 and 22), culminating in the huge climax of the knotty fugue (No.32) and Beethoven s masterstroke the ethereal final minuet, which here seems to hark back to the transfigured ending of Beethoven s last piano sonata.