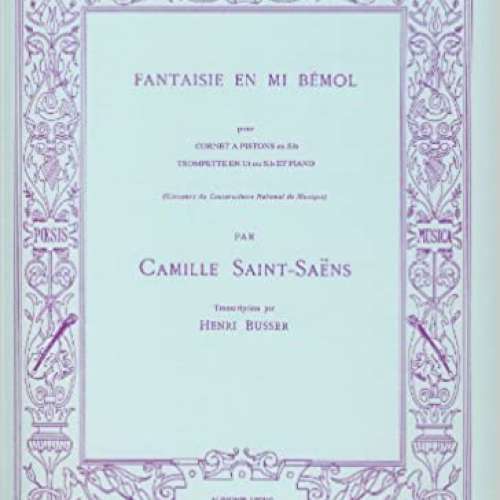 Camille Saint-Sans (1835-1921) is best known for his Carnival of the Animals and Organ Symphony. Yet, his Fantasy in E flat major arranged for Cornet or Trumpet and Piano remains popular in the advanced repertoire for the instruments. Saint-Sans entered the Paris Conservatoire at the mere age of thirteen, where he studied Organ and composition. He then went on to have a successful career as an organist and composer, writing his Fantasy in E flat major in 1857. The piece was originally composed for the Organ, but Henri Busser (1872-1973) recognised the work's significance and arranged it for Cornet or Trumpet with Piano accompaniment. To this day, Fantasy in E flat major remains prominent in the advanced brass player's repertoire.