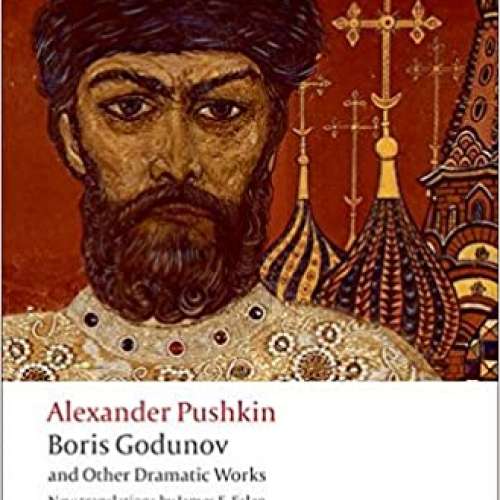 139
0
To genius page →
Boris Godunov and Other Dramatic Works

Alexander Pushkin's dramatic work displays a scintillating variety of forms, from the historical to the metaphysical and folkloric. After Boris Godunov, they evolved into Pushkin's own unique, condensed transformations of Western European themes and traditions. The fearful amorality of A Scene from Faust is followed by the four Little Tragedies, which confront greed, envy, lust, and blasphemy, while Rusalka is a tragedy of a different kind--a lyric fairytale of despair and transformation.

Here, James E. Falen's verse translations are accompanied by a first-rate introduction from Caryl Emerson, an equally distinguished Russianist, which emphasizes the cosmopolitan nature of Pushkin's drama, the position of Russian culture on the European stage, together with excellent analyses of the individual works in the volume. Falen's translations of Pushkin are widely admired and his OWC translation of Eugene Onegin is considered the best available. This collection is sure to interest both casual readers and students of Russian literature.