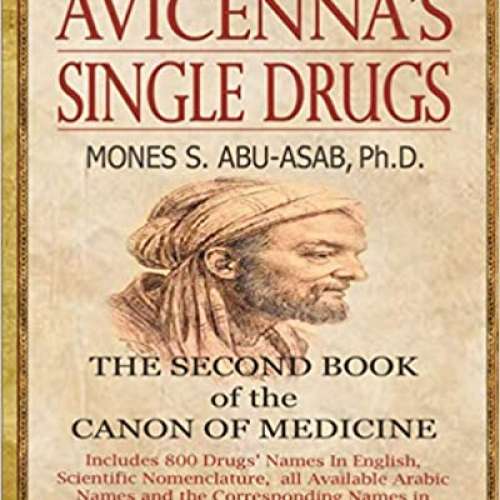 The book offers an exact direct translation from Arabic of the original Avicenna’s second book of the Canon of Medicine, the Single Drugs. It contains 800+ names and descriptions of drugs according to Avicenna’s listing, their scientific nomenclature, English names, all available Arabic names, and the corresponding names of Dioscorides' De Matria Medica. This combination of names is unique to this book. Additionally, the translator, Dr. Mones Abu-Asab, has written an explanation of the four-degree system of drugs’ effects on the temperaments and a summary of the Unani Tibb system for readers who are unfamiliar with the system’s basic terminology. The translator has corrected the misspelled names of drugs, individuals, and locations that were distorted by copiers over the centuries and pointed out the descriptive approaches that Avicenna applied, especially where he lumped several drugs together, as well as the redundancies of drug listings.