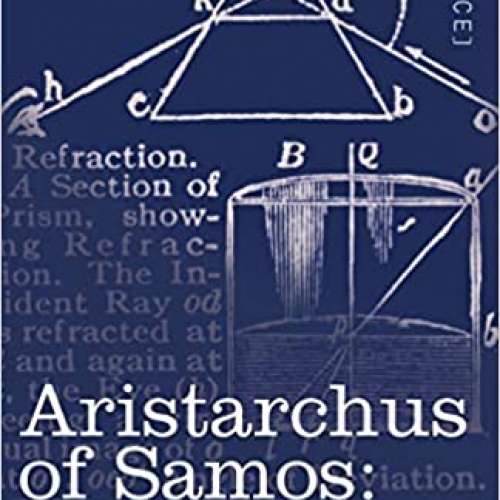 101
0
To genius page →
Aristarchus of Samos: The Ancient Copernicus

Aristarchus of Samos: The Ancient Copernicus is a history of Greek astronomy and astronomers leading up to Aristarchus of Samos, the first astronomer to present the sun (instead of the Earth) at the center of the known universe, with the Earth revolving around it. In addition to the backgrounds of major astronomers and philosophers and an overview of early astronomical theories, this edition includes the Greek text and a translation of Aristarchus's On the Sizes and Distances of the Sun and Moon.

This work is ideal for historians and students of Greek astronomy. SIR THOMAS LITTLE HEATH (1861-1940) was a British classical scholar, mathematician, historian of ancient Greek mathematics, and a Greek translator. He studied at Clifton College and Trinity College, Cambridge, where he received his Doctor of Sciences and became a Fellow. Heath was known for his work on Greek mathematics and authored and translated several books, including Works of Archimedes (1897), Euclid's Elements (1908), A History of Greek Mathematics (1921), and Mathematics in Aristotle (1949). It is primarily through Heath's translations that English speakers are familiar with Archimedes' works.