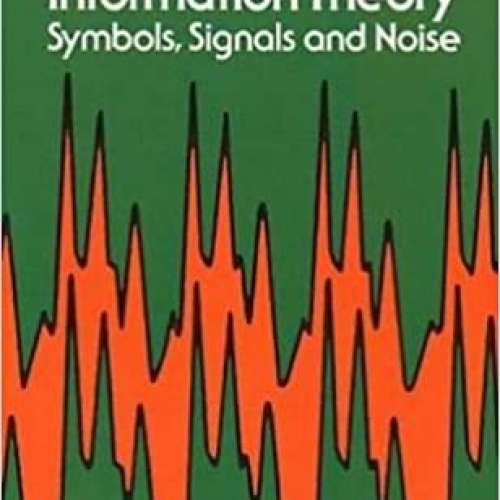 111
0
To genius page →
An Introduction to Information Theory

"Uncommonly good...the most satisfying discussion to be found." — Scientific American.
Behind the familiar surfaces of the telephone, radio, and television lies a sophisticated and intriguing body of knowledge known as information theory. This is the theory that has permitted the rapid development of all sorts of communication, from color television to the clear transmission of photographs from the vicinity of Jupiter. Even more revolutionary progress is expected in the future.

To give a solid introduction to this burgeoning field, J. R. Pierce has revised his well-received 1961 study of information theory for a second edition. Beginning with the origins of the field, Dr. Pierce follows the brilliant formulations of Claude Shannon and describes such aspects of the subject as encoding and binary digits, entropy, language and meaning, efficient encoding, and the noisy channel. He then goes beyond the strict confines of the topic to explore the ways in which information theory relates to physics, cybernetics, psychology, and art. Mathematical formulas are introduced at the appropriate points for the benefit of serious students. A glossary of terms and an appendix on mathematical notation are proved to help the less mathematically sophisticated.