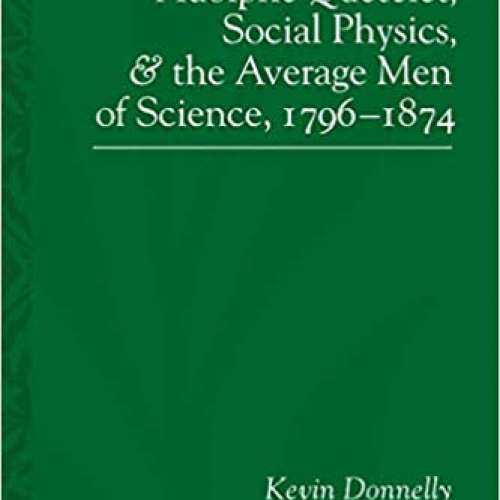 148
0
To genius page →
Adolphe Quetelet, Social Physics and the Average Men of Science

Adolphe Quetelet was an influential astronomer and statistician whose controversial work inspired heated debate in European and American intellectual circles. In creating a science designed to explain the “average man,” he helped contribute to the idea of normal, most enduringly in his creation of the Quetelet Index, which came to be known as the Body Mass Index.  Kevin Donnelly presents the first scholarly biography of Quetelet, exploring his contribution to quantitative reasoning, his place in nineteenth-century intellectual history, and his profound influence on the modern idea of average.