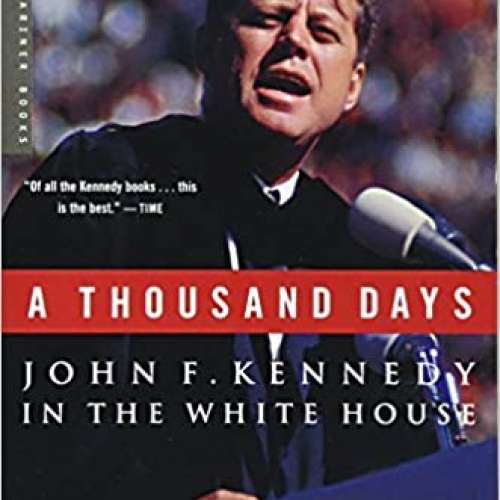 79
0
To genius page →
A Thousand Days: John F. Kennedy in the White House

As special assistant to the president, Arthur Schlesinger witnessed firsthand the politics and personalities that influenced the now legendary Kennedy administration. Schlesinger’s close relationship with JFK, as a politician and as a friend, has resulted in this authoritative yet intimate account in which the president “walks through the pages, from first to last, alert, alive, amused and amusing” (John Kenneth Galbraith). A THOUSAND DAYS is “at once a masterly literary achievement and a work of major historical significance” (New York Times).