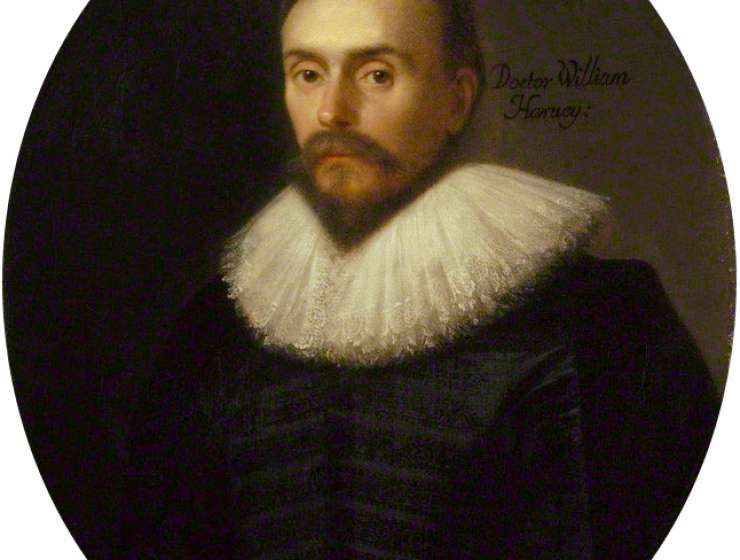 These 3 articles on William Harvey (which are published in 3 consecutive issues of the journal) are an edited version of 3 President’s Letters that I wrote about 10 years ago for Heart News and Views, the news bulletin of the International Society for Heart Research (the source articles can be found in volume 17, numbers 1, 2, and 3, 2009–2010 of the newsletter). Three books have been used to provide specific information and quotes: Doctors:The Biography of Medicine, by Sherwin B. Nuland, Alfred A. Knopf, New York, 1988; The Personality of William Harvey, by Geoffrey Keynes, Cambridge University Press, 1949; and Exercitatio Anatomica de Motu Cordis et Sanguinis in Animalibus by William Harvey, translated by Chauncey D. Leake, Charles C. Thomas, Springfield, IL, 1970.

Herewith is the second part of my account of William Harvey’s life and work.

I must admit that my interest in William Harvey stems in part from the fact that he was a scholar of classics. He was fluent in Greek and Latin. He studied classical literature and was a passionate reader of Greek and Roman authors. Both of his books, De Motu Cordis and De Generatione Animalium, were written in Latin. I love classics. I remember that the principal of my middle school used to say that the best engineers and scientists come from humanistic schools that emphasize classical subjects. He was absolutely right, because classical studies teach one how to think and how to express oneself.

Story Continues
ahajournals.org
What Do You Think Of That Genius?