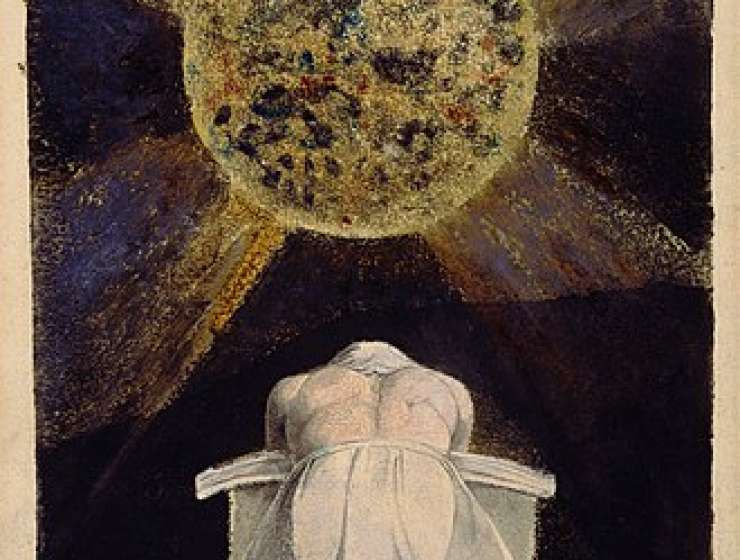 The Romantic painter and poet William Blake created some of the most iconic images in British cultural history – from a strange sidelong portrait of Isaac Newton, bent over naked at the bottom of the ocean, to an ebullient young boy flinging his arms out wide against a prismatic burst of colour to embrace a new dawn of human freedom. Not bad for an artist who was all but ignored in his lifetime, dismissed by many who knew him as insane, and died in poverty and obscurity in 1827.

Beset since childhood by visions of angels and demons who peered through his windows and accosted him in stairwells, Blake spent his years writing riddling prophecies that few read and producing watercolours that fewer wanted to buy. After decades of unheralded toil, he managed to organise only a single solo exhibition of his work. By all accounts, it was a disaster.

“The problem with Blake,” the late Romantic scholar Jonathan Wordsworth once told me, “is he couldn’t draw”. Anyone who has ever cringed at the naive and toothless tabby that sulks beneath ‘fearful symmetry’, the ferocious final phrase of Blake’s poem The Tyger in his 1794 collection Songs of Innocence and Experience, will have a certain sympathy with Wordsworth’s uncharitable jab. And yet, despite Blake’s occasional awkwardness as a draughtsman, his work is a case study in soulfulness over finesse, profundity over proficiency.