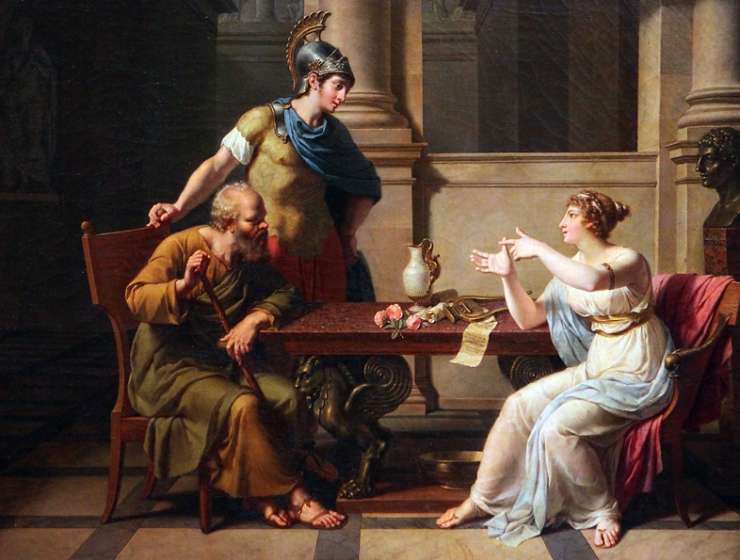 We are used to thinking very highly of democracy – and by extension, of Ancient Athens, the civilisation that gave rise to it. The Parthenon has become almost a byword for democratic values, which is why so many leaders of democracies like to be photographed among its ruins.

It’s therefore very striking to discover that one of Ancient Greece’s great achievements, Philosophy, was highly suspicious of its other achievement, Democracy.

In the dialogues of Plato, the founding father of Greek Philosophy – Socrates – is portrayed as hugely pessimistic about the whole business of democracy. In Book Six of The Republic, Plato describes Socrates falling into conversation with a character called Adeimantus and trying to get him to see the flaws of democracy by comparing a society to a ship. If you were heading out on a journey by sea, asks Socrates, who would you ideally want deciding who was in charge of the vessel? Just anyone or people educated in the rules and demands of seafaring? The latter of course, says Adeimantus, so why then, responds Socrates, do we keep thinking that any old person should be fit to judge who should be a ruler of a country?