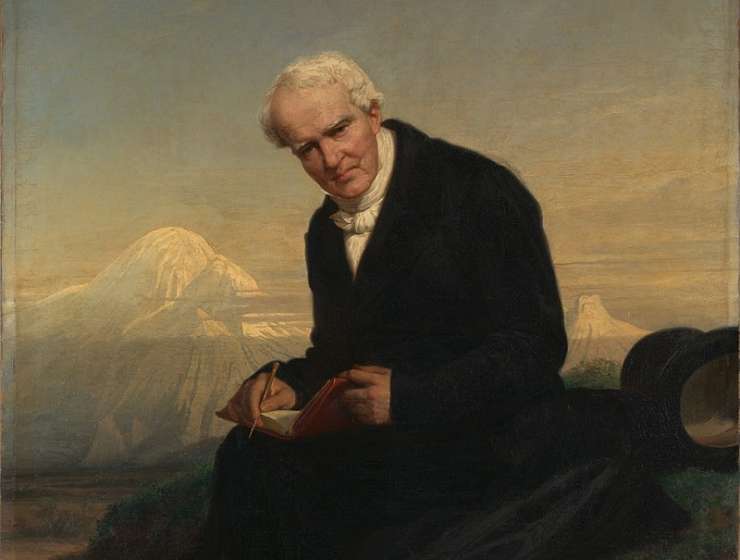 1
170
0
Why Is the Man Who Predicted Climate Change Forgotten?
Science

In his time, the German naturalist Alexander von Humboldt was an icon, as famous as Darwin or Goethe.

But the global dominance of Anglo-Saxon culture, the increasing specialization of science, and anti-German sentiment arising from two world wars elbowed him into the shadows.

German-born Andrea Wulf, author of The Invention of Nature: Alexander von Humboldt’s New World, has made it her mission to put a new shine on his reputation—and show why he still has much to teach us.

Talking from her home in London, she explains why it was important to experience the pain of climbing Ecuador’s highest volcano in Humboldt’s footsteps; why without Humboldt there would have been no Darwin; and how today’s environmental writers are indebted to this great German, even if they don’t know it.