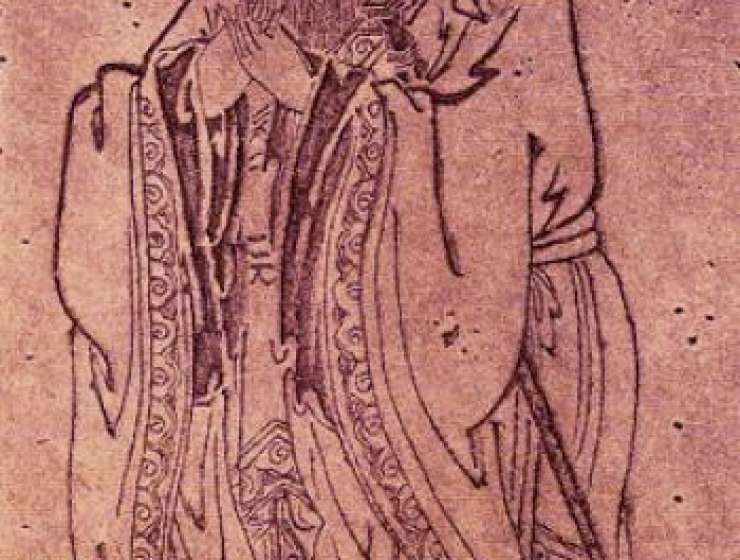 Confucius, a Chinese philosopher whose teachings on government and personal morality have been followed for thousands of years, is often referred to as "The Uncrowned King." However, much of what is known about Confucius is shrouded in myth and contradiction. In his book, Confucius and the World He Created, author Michael Schuman delves into the history and ongoing influence of Confucius in nearly a quarter of the world's population.

The Chinese Communist Party has undergone significant changes in the past 35 years, transitioning from Marxist ideology to capitalist wealth creation. In search of a new ideology to justify their government, the party has turned to Confucius and his focus on obedience to the emperor, hierarchy, and loyalty. This version of Confucianism supports their authoritarian rule and allows them to reject western ideas such as democracy and human rights. By reviving Confucianism, the party is attempting to convince the public that their system is an extension of a long-standing Chinese political tradition and that China does not need to adopt western-style democracy.

At the same time, ordinary Chinese people are returning to Confucianism in search of spiritual guidance in the face of corruption, fraud, counterfeiting, pollution, and environmental degradation. One Confucian scholar even claimed that China is experiencing a moral crisis, the worst in its history. Confucius Institutes, funded and overseen by the Chinese government, have been successful in promoting China's "soft power" globally, but are controversial due to concerns about censorship and the Chinese government's control over the curriculum.

Confucius' teachings on harmony, social order, and responsibility can be a positive influence, but it is important to carefully consider the motivations behind their promotion and use. The Confucian concept of harmony refers to a society where everyone fulfills their responsibilities and creates a harmonious situation in which the whole country prospers. However, the Chinese Communist Party's interpretation of harmony means a society with no dissent against party rule. Confucius' name is being used as a brand to project China's "soft power," but it is important to be aware of the potential censorship and control involved in this promotion.

While Confucius is often hailed as a wise and respected figure, it is important to remember that he was a product of his time and his ideas should be examined and critically evaluated in the context of contemporary society. Confucius' philosophy of government, for example, is based on the idea of a ruler who is chosen by heaven and who governs with virtue. This idea may have been relevant in ancient China, but it is not necessarily applicable to modern systems of government.

Additionally, Confucius' emphasis on hierarchy, obedience, and loyalty has been used to justify oppressive and authoritarian systems of rule. It is important to consider the ways in which these aspects of Confucianism may be harmful or limiting, especially in the context of modern society where individual rights and freedoms are highly valued.

Despite these limitations, Confucius' teachings continue to hold relevance and offer valuable insights and guidance in modern society. His sound bites of wisdom, such as "Do not do to others what you do not want done to yourself" and "The superior man is modest in his speech, but exceeds in his actions," can be applied to various aspects of life and can serve as a source of inspiration and guidance for individuals and society as a whole.

Overall, Confucius' teachings can offer valuable insights and guidance, but it is important to be aware of the limitations and potential dangers of blindly following any ideology. It is essential to critically evaluate and adapt the ideas of Confucius and otherphilosophers to fit the needs and values of contemporary society. In this way, Confucius' teachings can continue to hold relevance and offer guidance in modern times, while also being carefully considered and adapted to fit the changing needs and values of society.

It is also important to recognize that Confucius' influence extends beyond just his teachings and ideas. As an historical figure, Confucius has had a significant impact on Chinese culture and society, and his influence can be seen in various aspects of modern Chinese life, including education, social relationships, and even business practices.

Despite the various challenges and limitations of Confucianism, it is clear that Confucius and his teachings continue to hold relevance and influence in modern times. Whether as a source of philosophical guidance or as a cultural and historical figure, Confucius' impact can still be felt in the boardrooms, bedrooms, and classrooms of nearly a quarter of humanity.

It is also worth noting that Confucius' influence extends beyond just China. His teachings have had a significant impact on other East Asian cultures, such as Japan and Korea, and have even been embraced in some western societies. In the modern world, Confucianism has been reinterpreted and adapted in various ways, leading to a diverse range of interpretations and practices.

For example, some proponents of Confucianism have argued that it can serve as a valuable alternative to western liberal democracy, offering a different approach to governance and social organization. Others have emphasized the potential of Confucianism to promote values such as harmony, compassion, and social responsibility in modern society.

However, there are also those who criticize Confucianism as being outdated and incompatible with modern values such as individualism, equality, and democracy. Some have argued that Confucianism has been used to justify oppressive and authoritarian systems of rule, and that it is important to be aware of the potential dangers of blindly following any ideology.

Ultimately, the relevance and influence of Confucius and his teachings will continue to be a subject of debate and discussion. It is important to carefully consider and evaluate the various arguments and perspectives on Confucianism and its place in modern society. Whether one sees Confucius as a wise and respected figure or as a product of a different time and place, it is clear that his influence has had a significant impact on the world and will continue to do so in the future.

As we continue to grapple with the challenges and complexities of the modern world, it is clear that the teachings and ideas of Confucius remain relevant and offer valuable insights and guidance. Whether as a source of philosophical wisdom or as a cultural and historical figure, Confucius continues to hold a special place in the hearts and minds of people around the world.

As we look to the future, it is important to remember the lessons and principles of Confucius and to strive for a world that is more harmonious, compassionate, and just. By carefully considering and adapting the ideas of Confucius and other philosophers to fit the needs and values of contemporary society, we can create a better future for ourselves and for generations to come. The influence of Confucius, the "Uncrowned King," will continue to be felt in the boardrooms, bedrooms, and classrooms of nearly a quarter of humanity, inspiring us to be better people and to build a better world.