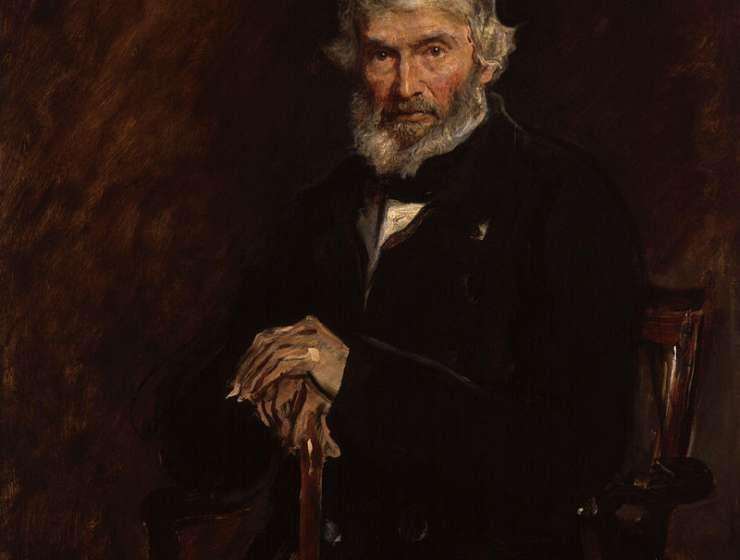 When Thomas Carlyle (1795 - 1881) turned eighty in 1875, he received a birthday tribute from over one hundred eminent Victorians. Philosopher, historian, biographer, translator, novelist and essayist, he was hailed as the voice of the age.

Carlyle was born in 1795 to Scottish Calvinists and educated at Edinburgh University. His parents hoped he would be a clergyman but instead he became a teacher. His true vocation was writing.

Carlyle succeeded through talent, networking and granite self-belief. An early project was a translation of Johann Wolfgang von Goethe’s novel Wilhelm Meister. He sent Goethe a copy and the two became correspondents.