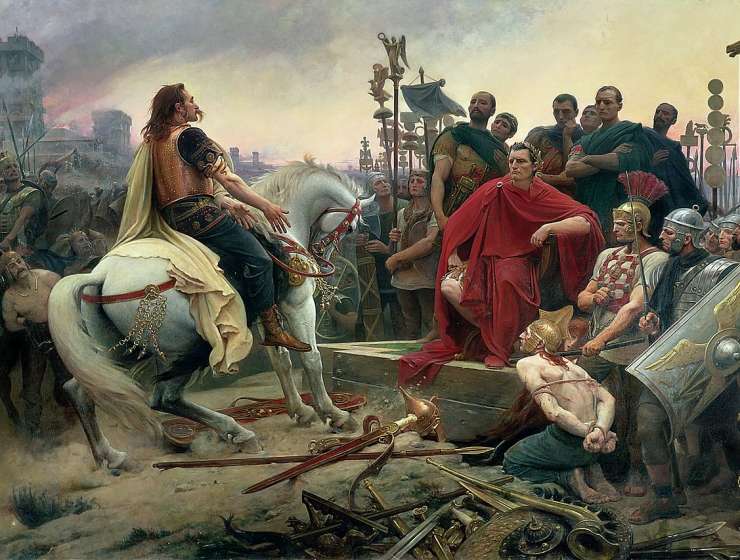 Few Romans would have chosen young Julius Caesar (ca 100–44 B.C.) as the man most likely to succeed on a grand scale and dominate their world. But when he led his troops across the Rubicon River in defiance of the Roman Senate, he distinguished himself for the ages and set Rome on a path of transformation from republic to empire.

Caesar made the political prime time at around age 40 by forging the First Triumvirate with Pompey the Great, noted general and statesman, and Marcus Licinius Crassus, one of Rome’s richest men. In 59 B.C., Caesar was elected consul.

He knew he needed a great military victory to win lasting glory beyond politics, so he set out to conquer the long-defiant Gauls—Celts who lived in modern-day France. Caesar’s seven-year Gaul campaign ended triumphantly in 51 B.C. The Gaul leader Vercingetorix was paraded in chains through Rome before being ritually strangled. In all, Caesar’s campaign killed or enslaved more than a million Gauls, a crushing victory that deepened the growing rivalry with Pompey, who had taken Caesar’s place as consul.