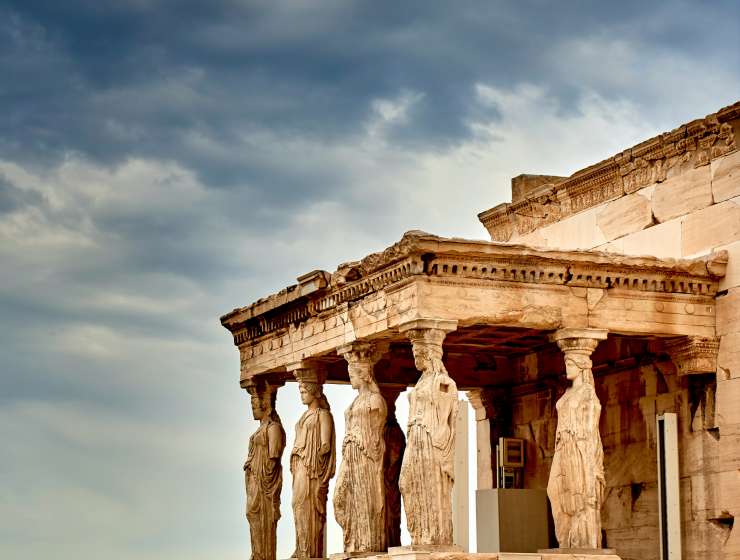 1
182
0
When the Parthenon had dazzling colours
architecture

When the Victorian painter Lawrence Alma-Tadema first showed his work, Phidias Showing the Frieze of the Parthenon to his Friends, there must have been a pleasing circularity in play: a painter proudly revealing his new painting of a sculptor proudly revealing his new sculpture. It was 1868, and to the modern viewer the painting looks inoffensive enough. Phidias, the bearded sculptor, stands in front of the Parthenon Frieze, whose characters – human and equine alike – Alma-Tadema would have been able to study in detail in the British Museum. Luminaries of 5th Century Athens admire the sculptor’s extraordinary work: the draperies, the incredible depth (sometimes four horses gallop beside one another in just an inch or two of marble). The viewers might also be remarking upon the dark, beautiful colours that bring the sculpture to life.

Many art historians preferred to imagine, incorrectly, that all ancient marble was gleaming white

Alma-Tadema was making a bold statement with this painting: the colour had been lost from the sculptures by the time they were shown in the British Museum. More than two millennia of weather and war had bleached the marble white. And from the 18th Century onwards, many influential art historians preferred things that way: men like Johann Joachim Winckelmann – whose two-volume history of ancient art was published in 1764 – liked to think of ancient sculpture as a mass of beautiful, gleaming white.