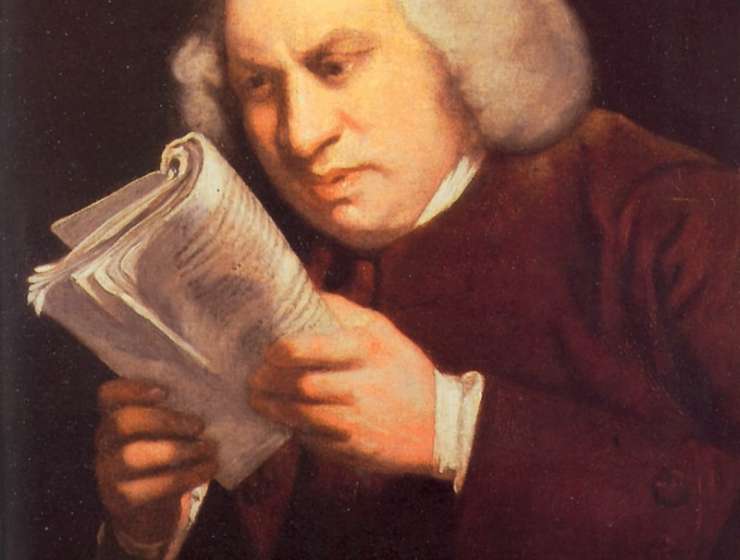 1
145
0
What Samuel Johnson Really Did
literature

Samuel Johnson, poet, satirist, critic, lexicographer, and dyed-in-the-wool conservative was born in Lichfield, Staffordshire, England, on September 18, 1709. We are quickly approaching the tercentenary of Johnson’s birth; scholars worldwide have been celebrating throughout the year. If someone’s birthday is worth celebrating three hundred years after the fact, inevitably partygoers will spread their praise pretty thick, as praise for Johnson has been spread since James Boswell’s Life of Samuel Johnson was published in 1791. As a result, legend has sometimes obscured the truth. Among other aspects of his career, Johnson’s contributions to English lexicography are often misunderstood. It serves both Johnson’s legacy and the history of lexicography to revalue his influence on the modern dictionary.

Though he disparaged Johnson’s style, as well as his literary and political judgment, Thomas Babington Macaulay, in the Edinburgh Review in 1831, admitted that, due to Boswell, Johnson would be “more intimately known to posterity than other men are known to their contemporaries.” We tend to presume on that acquaintance. Johnson scholar Jack Lynch anticipated the tercentenary spirit by asserting (in the title of his recent selection) that Johnson’s A Dictionary of the English Language is the “work that defined the English language.” The English language was doing pretty well before Johnson got involved; nevertheless, he has been taken for the Jupiter of lexicography since before his dictionary appeared in print in 1755. For all the mythology, you’d think English vocabulary had sprung fully formed and irreproachable from his prominent, Augustan forehead.