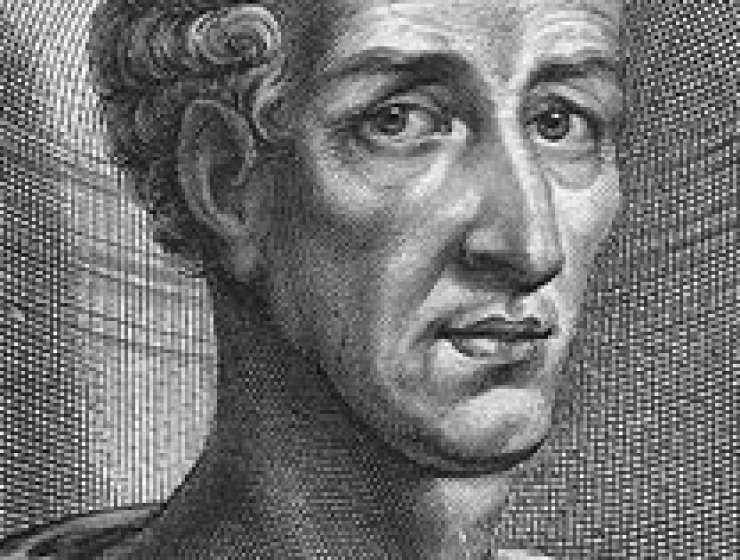 1
180
0
What's so Funny About Lucian the Syrian?
literature

A world-renowned satirist who wrote in Greek in the second-century Roman Empire, he left an indelible mark on the literature of the West. He gave us “The Sorcerer’s Apprentice” and what many call the first science fiction novel—a tale about a bizarre journey to the Moon. His works influenced countless writers and other artists of subsequent centuries, including Michelangelo, Erasmus, Thomas More, Goethe, Shakespeare, Kepler, Voltaire, Jonathan Swift, Jules Verne and more, up to today.

Lucian the Syrian, or Lucian of Samosata, is thought to have written about 70 surviving works, a majority of which are satirical. He used the Platonic dialogue as his principal format for satire, but he also composed satirical narratives that amount to early comedic novels. A True Story, describing a fantastical voyage of a ship carried by a waterspout to the Moon and back, is one. Another of his best-known works is Philopseudes (Lover of Lies), a comic dialogue and frame tale that uses parody to expose hypocrisy in the field of philosophy.

Both writings reflect the long-standing influence Lucian’s works have had on Western thought and popular culture. It was a story in Philopseudes that helped spawn “The Sorcerer’s Apprentice,” best remembered as the Mickey Mouse segment in Walt Disney’s 1940 classic animated feature film Fantasia. That film was built around the stirring “symphonic poem” L’apprenti sorcier (The Sorcerer’s  Apprentice), composed by France’s Paul Dukas in 1898, which was itself based on Der Zauberlehrling, a poem written a century earlier by German writer, statesman and Romanticist Johann von Goethe, based on Lucian's story.

Story Continues
aramcoworld.com
What Do You Think Of That Genius?