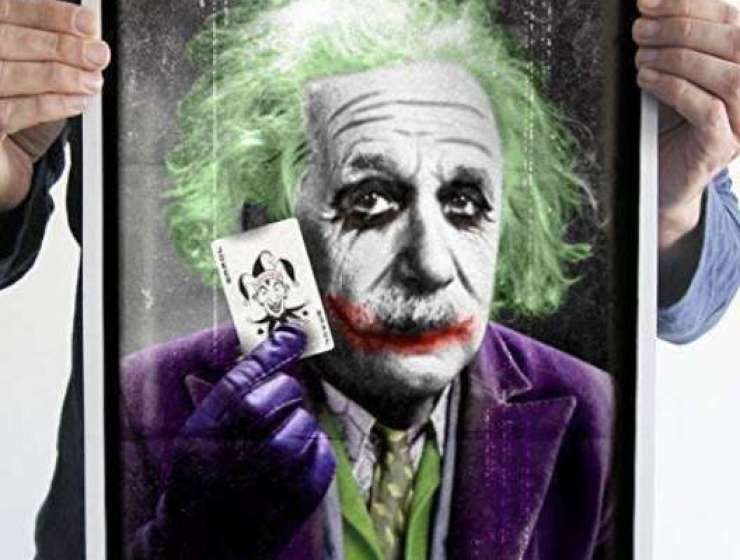 According to Cambridge dictionary a Genius is someone who possesses a very great and rare natural ability or skill, especially in a particular area such as science or art. Others are adding that a genius is someone with an IQ higher than 140 and that he also has to be very creative and original.

The mere definition of a Genius is not all accepted. All agree it has to do with high intellectual capabilities and creativity, but not all agree a genius must generate something new in the world. Some people might generally accepted as geniuses, but not all will agree they are, Picasso for example, so there is no all excepted definition for “Genius”.

Although the definition of Genius is not 100% accurate all can agree that a genius must consist of:

Perhaps the most controversial element is the requirement of actual creative outputs in the real world, like academic achievement, incredible invention, unique unparalleled work etc. The things that when looking at them one can easily say - “Yes, That’s a Genius”. In Geniuses.Club we’ve chosen the path of A+B, meaning high IQ + actual unique creativity outputs that can be reviewed in the actual world.

The Rule Of IQ

One of the most imminent components when talking of Geniusness these days is IQ (intelligence quotient), which is the total score of a set of tests designed to assess human intelligence that includes sub tests. It would be interesting to know that the story of IQ - the assessment of intelligence - started with Francis Galton (1822–1911) the father of psychometry and a half cousin of Charles Darwin who believed that "neurophysiological efficiency" - or intelligence - could be measured through analysis of time reaction and sensory acuity. As a student of biological evolution as described by his family mamber - Darwin - he believed that intelligence inherited from ancestors.

Back to IQ - let’s take a look at the conventional hierarchy of intelligence and IQ:

IQ by itself does not mean Genius, but only points out who has better potential to become one. Why is that? Because a lot of people with high IQ do not fulfill their potential. They are smart - they can read and understand what they read quicker than others, they can solve mathematical equations faster and easier than others - but they do not produce anything new. They do not stretch their intelligence to its limits - staying in the normal boundaries. It is amusing to read what Physicist Stephen Hawking answered when asked what his IQ is: "I have no idea. People who boast about their IQ are losers.” on the other hand, it is not only the fault of the individual, as Bertrand russel describe it - it is possible for such geniuses to be crushed in their youth and lost forever when the environment around them is unsympathetic to their potential maladaptive traits.

To give more weight to the claim that high IQ does not equal geniusness is the fact that about 1% of the population is perceived to have 140 IQ. That’s 1 out of 100. Not that much... it means that in a group of 10 million people we’ll have 100,000 geniuses. It just doesn’t feel right, isn’t it? Genius should be much more unique than that, won't you agree?

A more academic look on the relation between IQ and genius was made by Lewis Terman, who is considered to be one of the top 20th century intelligent researchers. By 1926 Terman started publishing a longitudinal study of schoolchildren who were referred for IQ testing by their schoolteachers, called Genetic Studies of Genius, which runs until these days. Torman’s colleague, Catherine M. Cox, wrote a whole book, The Early Mental Traits of 300 Geniuses, in which she analyzed biographical data about historic geniuses and found out what else matters besides IQ in becoming a genius. Later on Terman stopped referring to the word genius when assessing IQ and not as an IQ classification. The psychologist  David Wechsler clearly stated that "we are rather hesitant about calling a person a genius on the basis of a single intelligence test score". This advanced wisdom was linked to data. For example,  two pupils who were tested but rejected for inclusion in the study(because their IQ scores were too low grew up to be Nobel Prize winners in physics, William Shockley, and Luis Walter Alvarez. Richard Feynman, who had a self-reported IQ of 125 and went on to win the Nobel Prize in physics and become widely known as a genius, is another great example of “low” IQ holders becoming adult geniuses.

These days psychologists state 125 IQ as a minimum level of IQ required for a genius to be made - but it is not enough. This given IQ must be combined with personality characteristics like drive, persistence and the necessary opportunities for talent development.

So no, IQ does not equal Genius, although it is definitely a part of it.

If not only IQ, then creativity has to come along into the equation, right? Sure, but also the right character - drive, focus and persistence and according to Immanuel kant - also originality:

“Genius is a talent for producing something for which no determinate rule can be given, not a predisposition consisting of a skill for something that can be learned by following some rule or other.”

The German philosopher Arthur Schopenhauer describe it in the following words:

The origin of the word Genius comes from ancient Rome, where genius was the guiding-protecting spirit of a person, family, or place. Because the achievements of exceptional individuals seemed to indicate the presence of a particularly powerful genius, by the time of Rome's first emperor Augustus (27BC), the word began to also mean inspiration and talent.

So do geniuses have something from the divine? Something that is so unique that has to do with qualities which can not be taught? The fact is that the required qualities which are so rare and unique that when it does come to fulfil its potential, it does seem something out of this world, like in the case of Leonardo Da Vinci. The rareness is not the IQ thing, as described above, but the meltdown of such an IQ with extreme levels of creativeness, focusness, dedication and courage - all focused on a brilliant new creation. All of those together should be deemed as a “spark” and the holder of such a combination of unique characteristics - a Genius.