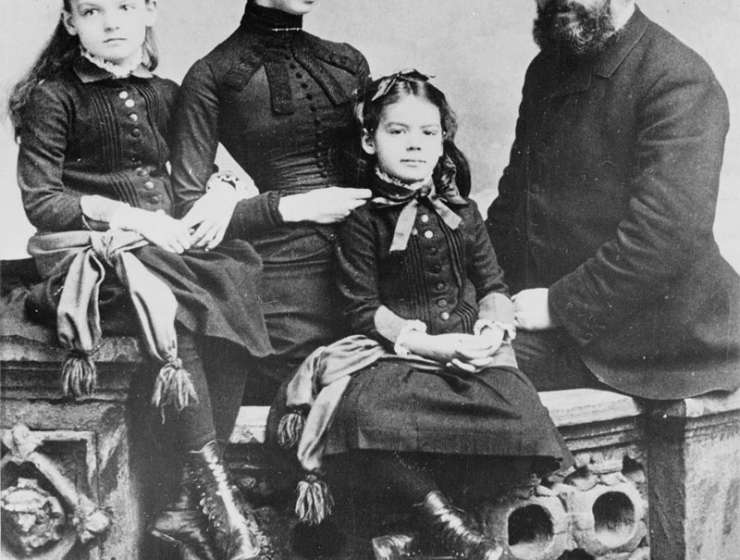 1
245
0
We Had No Idea What Alexander Graham Bell Sounded Like. Until Now
Innovation

During the years I spent in the company of Alexander Graham Bell, at work on his biography, I often wondered what the inventor of the world’s most important acoustical device—the telephone—might have sounded like.

Born in Scotland in 1847, Bell, at different periods of his life, lived in England, then Canada and, later, the Eastern Seaboard of the United States. His favorite refuge was Cape Breton Island, Nova Scotia, where he spent the summers from the mid-1880s on. In his day, 85 percent of the population there conversed in Gaelic. Did Bell speak with a Scottish burr? What was the pitch and depth of the voice with which he loved to belt out ballads and music hall songs?

Someone who knew that voice was his granddaughter, Mabel Grosvenor, a noted Washington, D.C. pediatrician who retired in 1966. In 2004, I met with Dr. Mabel, as she was known in the family, when she was 99 years old—clearheaded, dignified and a bit fierce. I inquired whether her grandfather had an accent. “He sounded,” she said firmly, “like you.” As a British-born immigrant to Canada, my accent is BBC English with a Canadian overlay: It made instant sense to me that I would share intonations and pronunciations with a man raised in Edinburgh who had resided in North America from the age of 23. When Dr. Mabel died in 2006, the last direct link with the inventor was gone.