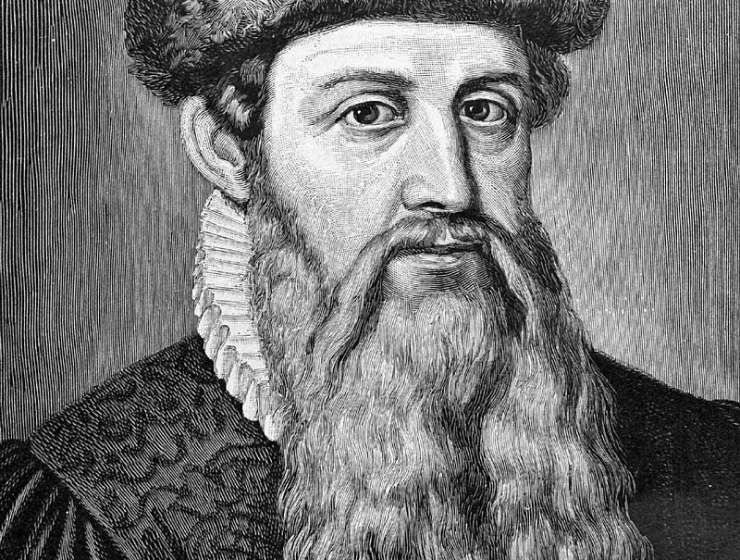 Who printed the Gutenberg Bible? It sounds like a Groucho Marx joke, of the "Who's buried in Grant's tomb?" variety. But the story behind the invention of the printing press, and the first book ever printed, is riddled with intrigue, subterfuge, and mystery. Let's start by finding out more about who Gutenberg really was.

For one thing, Johannes Gutenberg was not a nice person. He was secretive and paranoid. He peddled strange and wacky schemes and was always trying to borrow money. Based on what few public records exist concerning his early adulthood, he could easily fit today's well-known stereotype of the entrepreneur con man: Ready to paint glorious pictures of the things he could create, if only you front him some cash.

Story Continues
theweek.com
What Do You Think Of That Genius?