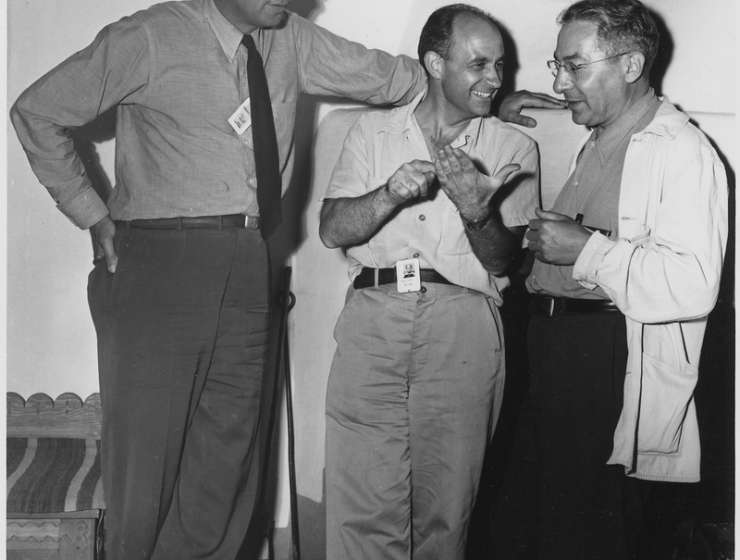 1
183
0
Was Enrico Fermi Really the “Father of the Nuclear Age”?
Physics

Just over 75 years ago, physicist Enrico Fermi conducted a famous nuclear experiment beneath the University of Chicago’s football field on December 2, 1942. The experiment proved that chain reactions occur and could be used to release the energy of the uranium atom in a sustained way. It also cleared the way for the production of plutonium. A new book by David N. Schwartz, The Last Man Who Knew Everything: The Life and Times of Enrico Fermi, Father of the Nuclear Age, examines the scientist whose breakthrough 75 years ago this month changed the world.

As the son of Nobel Prize winning-physicist Melvin Schwartz, what made you want to write a biography of Fermi?

He was always a topic of conversation in my household. In 2013, my mom sent me a batch of papers from my father’s filing cabinet and one of them was an essay that a buddy of his had written about Fermi's years in Chicago. Oh, my heavens! What an amazing character. I said, "I'm going to go and pick up a biography of him." I checked out the library and the last biography of Enrico Fermi was in 1970. The world of physics really owes a huge amount to Fermi in a lot of different ways. So, I said, "Well, why not try writing a new biography that takes all of that into account."