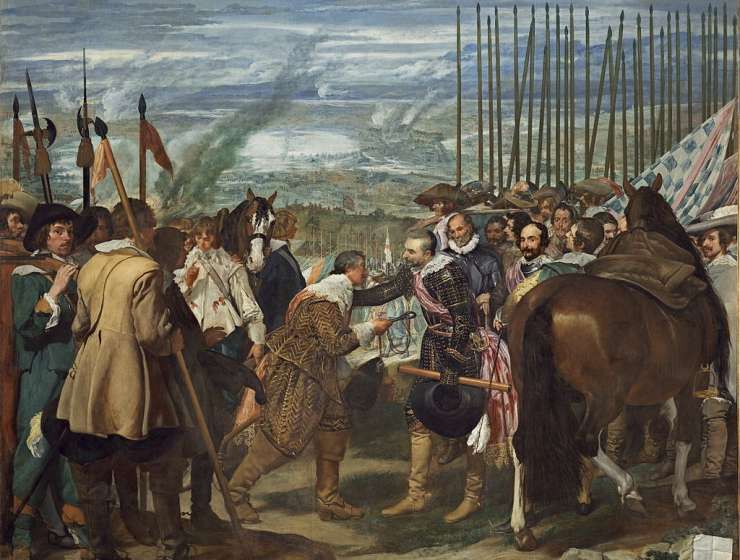 1
172
0
Velázquez’s Las Meninas: A detail that decodes a masterpiece
Art

Sometimes a vase is just a vase. Sometimes it’s a portal to another plane of perception. In Diego Velázquez’s 17th-Century masterpiece Las Meninas, a ricochet of shadows and mirrors that never ceases to intrigue, a small and underappreciated clay jug at the centre of the canvas transforms the work from a disorderly snapshot of courtly life into an arresting treatise on the illusory and ultimately transcendable nature of existence. Erase that easily overlooked earthenware object from the heart of the Spanish Golden Age painting, and its mysterious pulse, which has captivated the attention of observers for more than three and a half centuries since Velázquez created the painting in 1656, withers to a whisper and stops.

To appreciate fully how the seemingly incidental presence of a ceramic folk craft from Latin America - when polished into pertinence by Velázquez’s virtuoso brush- becomes a visionary lens through which we glimpse the world anew, we must first remind ourselves of the cultural context from which the painting emerged and what it purports to portray. On one significant level, the work provides a self-portrait of the 57-year-old artist four years before his death in 1600, after he had spent more than three decades as court painter to King Philip IV of Spain. Palette in hand on the left side of the painting, Velázquez’s life-size selfie stares our way as if we were the very subject that he is busy capturing on an enormous canvas that rises in front of him – a painting-within-a-painting whose imaginary surface we cannot see.