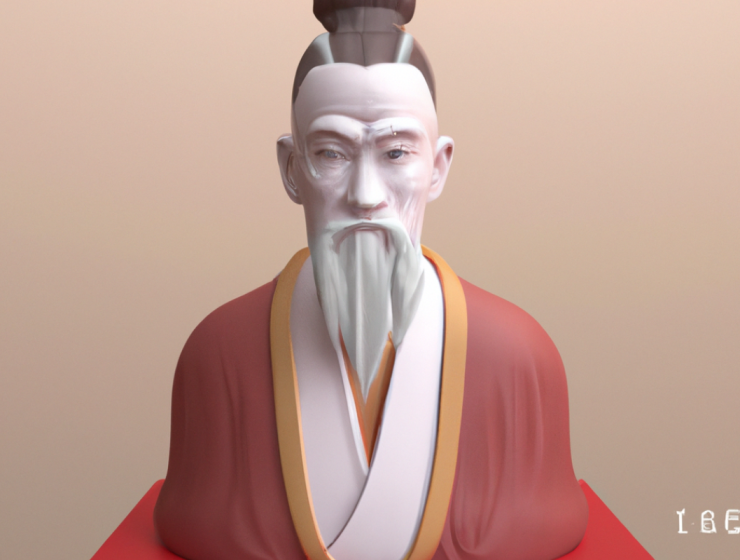 1
31
0
Uncovering the Unknown: The Mysterious Life and Teachings of Confucius
GeniusLife

Confucius is often hailed as a wise and respected philosopher, a "Uncrowned King" whose sound bites of wisdom have shaped Chinese government and personal morality for thousands of years. However, much of what is known about Confucius is shrouded in myth and contradiction, and there are many aspects of his life and teachings that remain mysterious and little-known to the general public.

Born in 551 BCE in the state of Lu (present-day Shandong province), Confucius was a product of his time, living in a period of great political and social turmoil in China. According to tradition, he was a teacher, politician, and philosopher who spent much of his life traveling and spreading his teachings throughout the country. However, relatively little is known about his personal life, and many aspects of his biography are shrouded in mystery.

One of the most enduring mysteries surrounding Confucius is the extent of his writings. He is best known for his collection of sayings and teachings known as The Analects, which was compiled by his followers after his death. However, it is believed that Confucius wrote other works as well, and some of these writings have been lost or destroyed over time. What remains is often fragmentary or difficult to interpret, leaving many questions about the full extent of Confucius' ideas and teachings.

Despite these gaps in our knowledge, Confucius' influence on Chinese culture and society is undeniable. His teachings on harmony, social order, and responsibility have had a profound impact on the way people live their lives and relate to each other, and his ideas continue to be studied and debated by scholars around the world. Confucius himself is often quoted as saying, "By three methods we may learn wisdom: First, by reflection, which is noblest the most; Second, by imitation, which is easiest; and third by experience, which is the bitterest." This quote speaks to Confucius' belief in the importance of learning from one's own experiences and those of others, and it reflects his emphasis on the value of education and self-improvement.

Despite his enduring influence, Confucius' relationships and personal life remain something of a mystery. It is not clear how many children he had, or how he supported himself financially. Some accounts suggest that he was married, while others claim that he was a bachelor. What is known is that Confucius had a number of close relationships with students and colleagues, and these relationships likely played a significant role in shaping his teachings.

One of the most enigmatic aspects of Confucius' life is his relationship with the ruling class of his time. Despite his reputation as a wise and respected philosopher, Confucius was never able to attain the political power and influence he sought. Some accounts suggest that he was rejected by the ruling class, while others claim that he simply refused to compromise his principles in order to gain their favor. Whatever the case, it is clear that Confucius' ideas and teachings had a significant impact on the way that Chinese rulers governed, and his legacy continues to be felt in the boardrooms, bedrooms, and classrooms of nearly a quarter of humanity.

Despite the many mysteries surrounding his life and teachings, Confucius continues to fascinate and inspire people around the world. His influence on Chinese culture and society is undeniable, and his ideas offer valuable insights and guidance in modern times. Whether as a source of philosophical wisdom or as a cultural and historical figure, Confucius' impact will be felt for generations to come