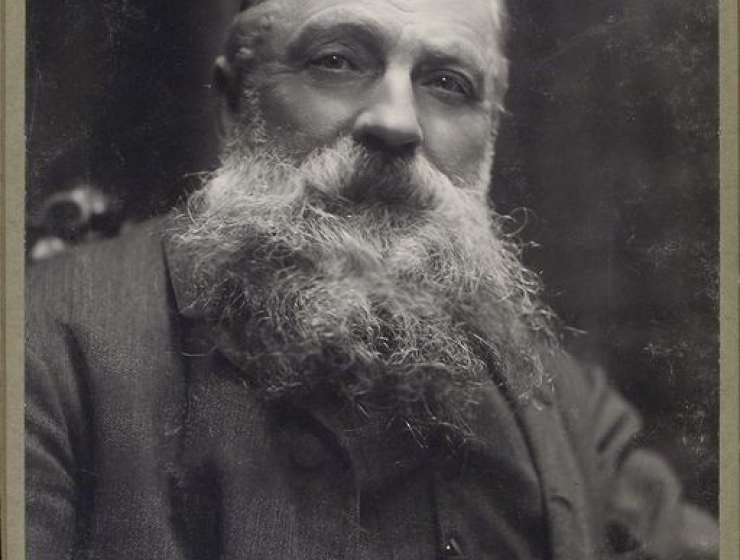 2017 marks the 100th anniversary of Auguste Rodin’s death. The centenary is being celebrated with a host of shows, all of which merit a visit. But beyond these exhibitions, the true travel opportunity lies in a path that’s sure to be less well-trodden. Below, a guide to retrace the major milestones of Rodin’s life—with the aforementioned museum stops interlaced.

Paris is ne plus ultra when it comes to the life and work of France’s greatest sculptor. Begin your sojourn by visiting the École Nationale Supérieure des Beaux-Arts. You can meander around the school’s varying exhibitions, but the more apt experience would be to soak up the building’s exterior. The Paris-born Rodin failed to gain entry to the prestigious school—an early disappointment that helped shape the rest of his life. After enough talented students have walked by to make you feel slightly dejected, wind your way to 114 Rue d’Enfer. The address marks the original location of the Congregation of the Blessed Sacrament—a Catholic order that Rodin joined for a brief period after the loss of his sister.

Next, leap over the artist’s subsequent decades of hard work and go straight to a high point in his career—his completion of the Monument to Balzac. Rodin received the commission near the apex of his fame, but in 1898, a full-size plaster version of this sculpture was ill-received. A bronze cast was installed 41 years later at the corner of Raspail and Montparnasse boulevards, so be sure to at least walk by. Next, head over to the Musée Rodin. Yes, it, too, has a cast of the Balzac, but it is more importantly the largest collection of the artist’s sculptures, as well as where he worked during the end his life. Afterward, if you aren’t visiting until spring, conclude your trip at the Grand Palais. In conjunction with the Musée Rodin, the museum is having a centennial exhibition on Rodin, which opens in March.

Story Continues
vogue.com
What Do You Think Of That Genius?