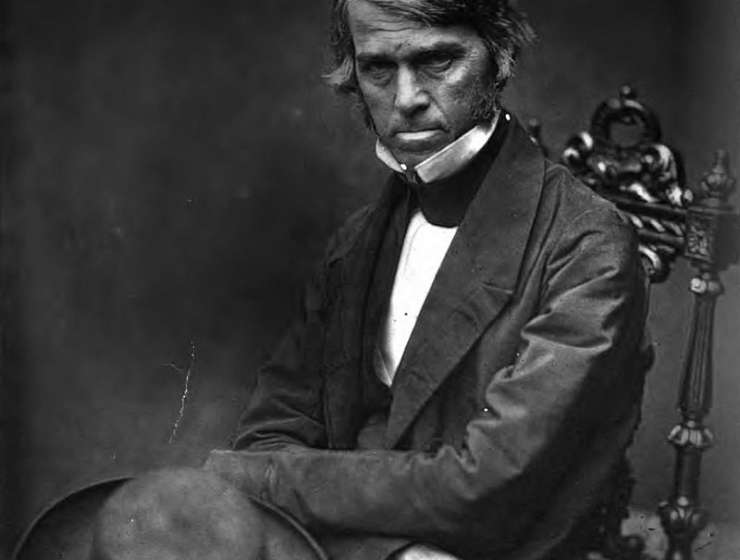 Writing in 1913, Louis Cazamian respectfully lionized Thomas Carlyle as a canonical giant of English letters with a staunchly Juvenalian satirical verve. Today, one century later, it is no longer a reasonable option to admire Carlyle without misgivings that add up to damning reservations. With the benefit of hindsight, the “sage of Chelsea” appears to have voiced a rather questionable sort of wisdom, and the predictions of the “prophet” have come true in such a way that they back-fire on his reputation, in so far as what he so relentlessly called for has come true indeed, although not in his own country, but as the totalitarian nightmare of twentieth-century Europe. The unavoidable revision of our appreciation of Carlyle today is motivated by reasons that have very little to do with the long-lasting polemical debate launched shortly after his death in 1881 by the publication of his Reminiscences by his friend and biographer James Anthony Froude, as to whether he was a bad husband to Jane Welsh Carlyle, although the case against him in that respect boils down essentially to the depressive acrimony of his character. The change of critical weather in the reception of Carlyle was mainly brought about by several articles issued in America, and at least one book published in France, before and after the Second Word War.

2True, American and French appreciations of Carlyle may be suspected of partiality, since he had copiously spat his venom on the two democratic nations. The Americans were dealt a very special treatment in “Ilias (Americana) in Nuce” at the time of the American Civil War, when Carlyle stood up for the South and ridiculed both sides anyway, and in “Democracy” where he described them as “eighteen millions of the greatest bores ever seen in this world before,” haunted by “New Spiritual Pythons” (Latter-Day Pamphlets 18). The French read his History of the French Revolution with some reverence, in spite—and more often because—of his very negative view of their Revolution, but found much less easy to stomach his “Latter Stages of the French-German War, 1870-71,” in which he blamed the war on the French, justified the annexation of Alsace and Lorraine by Germany, going on to say that “the honour of France can be saved only by the deep repentance of France” (54), and concluded by saying that “That noble, patient, deep, pious and solid Germany should be at length welded into a Nation, and become Queen of the Continent, instead of vapouring, vainglorious, gesticulating, quarrelsome, restless and over-sensitive France, seems to me the hopefulest public fact that has occurred in my time” (59). That had the merit of outspokenly settling the accounts—so much so that The Times felt obliged to append a note saying it dissociated itself from the opinions expressed in this letter to the editor.