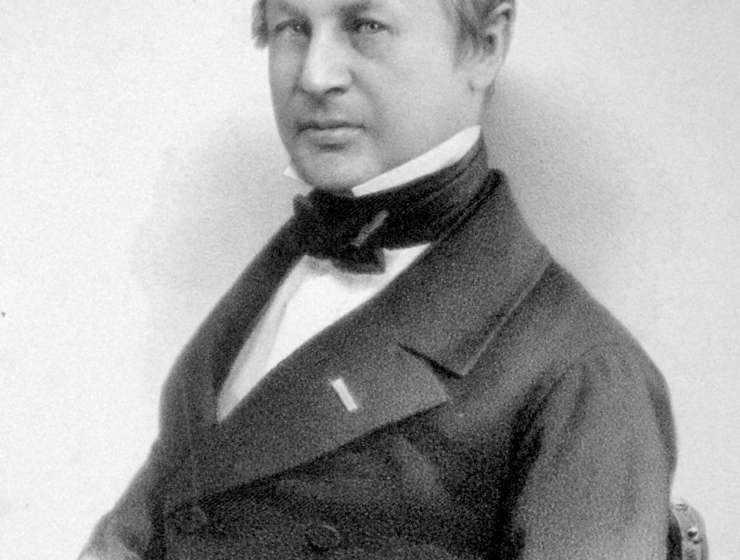 THE death is announced of the distinguished physiologist whose name will be for ever associated with the history of the ‘cell-theory.’ He was born at Neuss near Dusseldorf in 1810, and was therefore in his seventy-second year. The most important fact in the history of his mental development, is that he came under the influence of the greatest teacher and worker in biological science whom Germany rich in such men, has ever produced, namely Johannes Müller. Schwann was by nine years the junior of his great master, who died whilst in the full tide of active work, at the comparatively early age of fifty-seven.

When Schwann was twenty-three years of age, having completed his medical studies, he became Joh. Müller's assistant in the Anatomical Museum of Berlin and remained there for five years. In 1839 he was called to the chair of Anatomy in the Catholic University of Louvain, being then in his twenty-eighth year. In 1848 he migrated to the chair of Anatomy in the University of Liège, where he remained to the time of his death, having exchanged after a time, the chair of Anatomy for that of Physiology. It is noteworthy that Schwann was a Catholic, which probably had some influence in his selection by De Ram, the ecclesiastical Rector of Louvain University, for the chair which he first occupied, and he appears to have retained the confidence of the Catholic hierarchy in the later years of his life, if we may judge by the fact that an attempt was made by the clergy to procure him as an expert witness in the case of the reputed miraculous “stigmata” of Louise Latour.