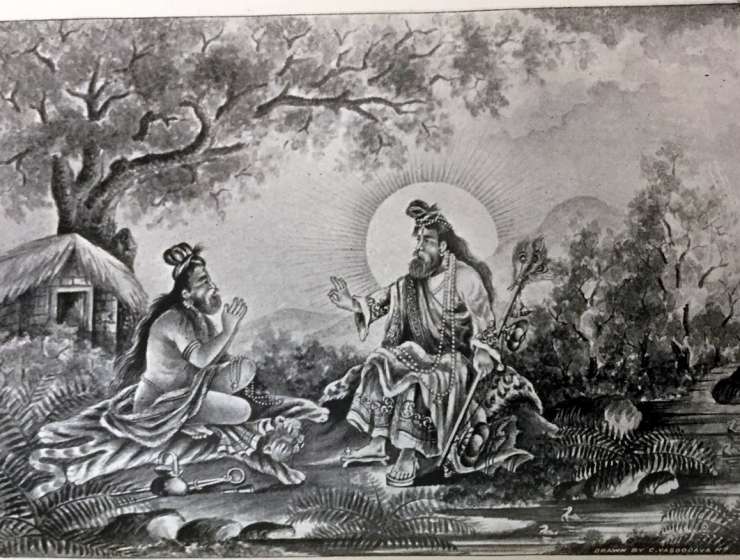 Mahabharata the greatest Indian epic authored by Veda Vyasa was intensely concerned with the social conditions which make human freedom possible. The Socio- political history of those times have enabled us to understand the code of ethics prevalent during the epic period.. We find a sustained level of interaction among the members with a high degree of interdependence and autonomy. Each social calling was networked with the other. The highest place in the Epic ‘Mahabharata’ was given to Dharma. Vyasa feels that it is Dharma which uplifts the social structure, promotes the welfare of the society and helps an individual to become progressive. In the opinion of Vyasa the extension of the social system was the Varna system. There was interdependence among the four Varnas. The most important contribution of Mahabharata with respect to Varna is that it insists that Varna is a social function and not a person. To each of the four Varnas a corresponding discipline was attached which was naturally interrelated and functional.

The common ethical discipline was common to all social functions. The specific discipline was specific to each calling. However, ‘Jati’ does not find a mention as a caste. The positions were not fixed by virtue of birth. The society of Mahabharata respected the human being for his attributes. There is a strong and persistent element which emphasised on the relativity of Varna to the conduct. Nobody was accorded position fixed by virtue of birth. Intelligence and ability transcended the barrier ofcaste system. Vyasa was of the opinion that all human beings sweat, excrete, bleed in a similar manner and their biological composition would be the same. Hence it would be unfair to differentiate human beings on the basis of caste. The epic has given a place of pride to characters like Vidura, Hidimba and many more.

The paper examines how Varna system held the society in balance and took care of the societal equilibrium. The holistic and secular vision of the great poet Veda Vyasa is illustrated  by taking relevant Upakhyanas from the epic which describe what Varna System stood for in those days.. Sources and references would be primarily drawn from the source text ‘Mahabharata’ by Veda Vyasa. Secondary references would be from edited books, translations research articles, popular articles, newspaper clippings and published and unpublished theses. However, cursory references would also be made from various other sources which deal with the
Central Theme of the paper.

Story Continues
ijrdo.org
What Do You Think Of That Genius?