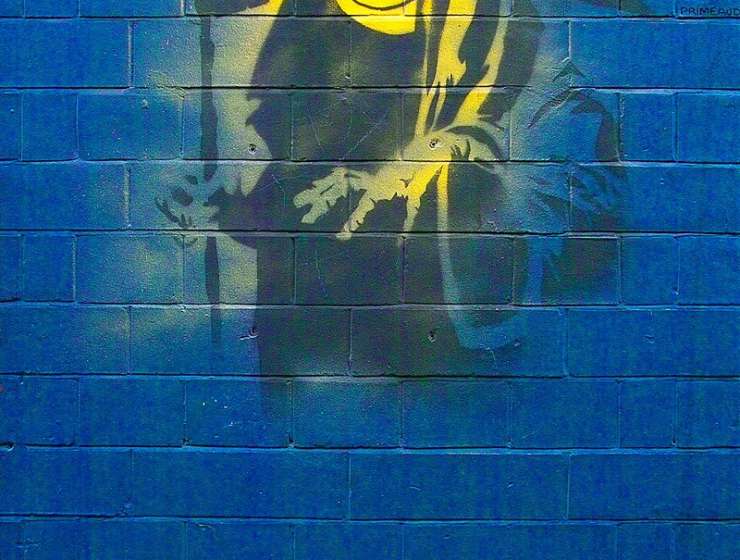 When Time magazine selected the British artist Banksy—graffiti master, painter, activist, filmmaker and all-purpose provocateur—for its list of the world’s 100 most influential people in 2010, he found himself in the company of Barack Obama, Steve Jobs and Lady Gaga. He supplied a picture of himself with a paper bag (recyclable, naturally) over his head. Most of his fans don’t really want to know who he is (and have loudly protested Fleet Street attempts to unmask him).

But they do want to follow his upward tra­jectory from the outlaw spraying—or, as the argot has it, “bombing”—walls in Bristol, England, during the 1990s to the artist whose work commands hundreds of thousands of dollars in the auction houses of Britain and America. Today, he has bombed cities from Vienna to San Francisco, Barcelona to Paris and Detroit. And he has moved from graffiti on gritty urban walls to paint on canvas, conceptual sculpture and even film, with the guileful documentary Exit Through the Gift Shop, which was nominated for an Academy Award.