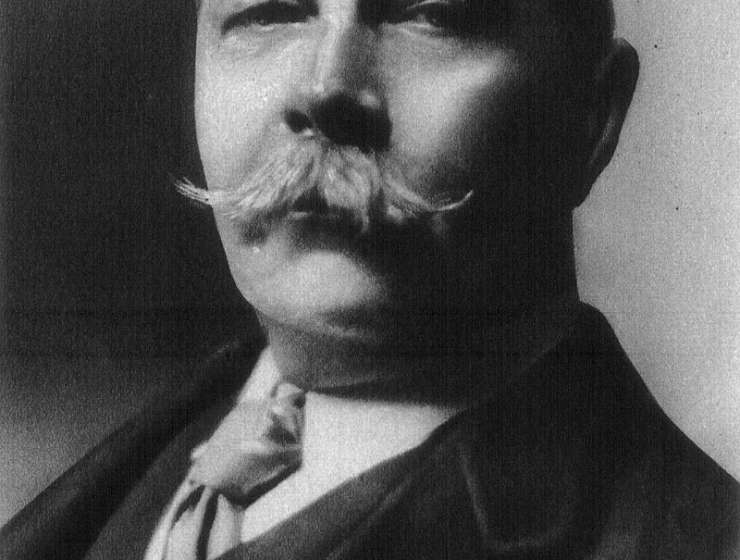 As a young doctor living in England in the 1880s, Arthur Conan Doyle began attending séances where mediums offered contact with the dead. He also observed displays of psychic telepathy, automatic writing and table tipping, and became convinced that there was an unseen world out there. A lapsed Catholic, he now announced himself a Spiritualist, but did not begin proselytizing for his new creed until World War I. The deaths of his oldest son, Kingsley (in 1918), his brother (the following year) and two nephews (shortly after the war) led him to embrace Spiritualism with all his heart, convinced it was a “New Revelation” delivered by God to console the bereaved.

In 1920, Conan Doyle, now long famous as the creator of Sherlock Holmes, received a letter from an excited friend who was in possession of a photograph in which tiny females with diaphanous wings are cavorting in front of an entranced adolescent girl. The girl was 16-year-old Elsie Wright, who lived near the village of Cottingley in Yorkshire, and the photo had been taken by her 10-year-old cousin, Frances. The girls reported having previously seen the fairies by a stream and then gone back with a camera borrowed from Elsie’s father so Frances could take a picture of her with the mystical creatures.