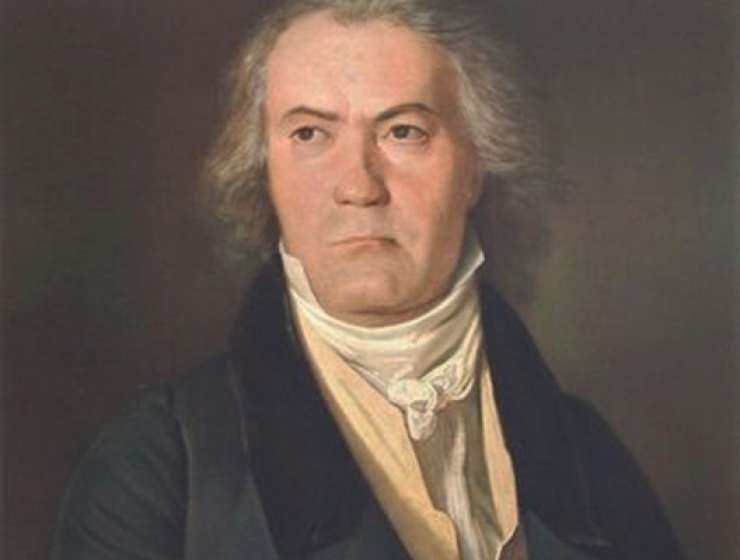 This year is the 250th anniversary of Ludwig van Beethoven's birth. His life was strongly affected by an important health problem: hearing loss. The composer first became aware of his sensorial deficit at the age of 26. From his correspondence emerges that Beethoven suffered from a progressive and fluctuating hearing loss, starting with difficulties in hearing high tones (“I do not hear the high notes of the instruments and voices”), and associated with tinnitus (“buzzing and humming”) and recruitment phenomenon (“if someone yells, it is unbearable to me”). The composer had considerable difficulty accepting his illness, mainly because it affected the sense most important for his art (“an infirmity in the one sense which ought to be more perfect in me than in others, a sense which I once possessed in the highest perfection.”). The effects of hearing loss on Beethoven's life and personality emerge dramatically from the Heiligenstadt Testament: “Oh you men who think or say that I am malevolent, stubborn, or misanthropic, how greatly do you wrong me. You do not know the secret cause which makes me seem that way to you”.

Hearing loss caused composers to suffer social isolation (“For me there can be...no refined conversations, no mutual exchange of ideas. I must live almost alone like one who has been banished; I can mix with society only as much as true necessity demands”), and Beethoven feared being stigmatized (“If I approach near to people, a hot terror seizes upon me and I fear being exposed to the danger that my condition might be noticed...but what a humiliation for me when someone standing next to me heard a flute in the distance, and I heard nothing.”). Beethoven wrote “a little more of that and I would have ended my life—it was only my art that held me back,” expressing his extreme suffering due to hearing loss, but stating, at the same time, that his love for music saved him. Indeed, he progressively seems to accept his illness, and in 1814 he started using hearing devices. Johann Mälzel (1772-1838) constructed 4 “ear trumpets,” for Beethoven, 2 of which had attached headbands to allow free use of the hands to play the piano. Conrad Graf (1782-1851) constructed “a resonance-carrier...placed on the piano...to carry the tones to the ear with greater ease.”

Story Continues
amjmed.com
What Do You Think Of That Genius?