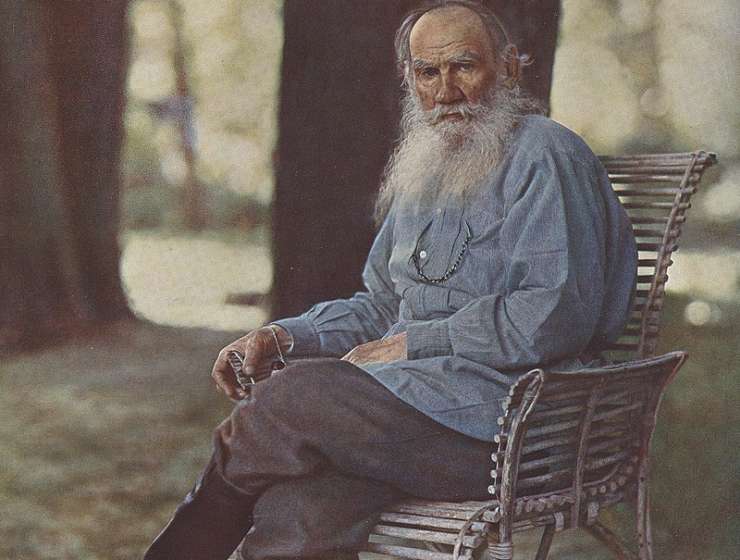 1
291
0
The Revival Of Leo Tolstoy: The Great Russian Writer
literature

2012 saw the release of Joe Wright’s blockbuster Anna Karenina, a re-imaging of Leo Tolstoy’s 19th century novel. Tolstoy is an iconic figure in Russian Literature who has influenced literary culture on an international scale. With the recent trend of British classics being rejuvenated on our big and small screens, Reece Choules looks into the work and life of Tolstoy, and questions whether a Russian revival is next in line, with Tolstoy leading the way.

Are we witnessing a second coming? The BBC has announced the production of a six part mini-series of War and Peace. The Last Station, released in 2009, depicts the last years of Tolstoy’s life, as he battled with ill health and attempted to control his legacy. 2012 saw the release of Anna Karenina starring Keira Knightley. Could we be forgiven for thinking that this is the beginning of a trend, a sign of things to come? In recent years we have seen no less than three stage, television and film adaptations of Charles Dickens’ Great Expectations, as well as a mini-series of Bleak House. We have had adaptations of Thomas Hardy’s Tess Of The D’Urbervilles, Jane Austen’s Pride and Prejudice, and Charlotte Brontë’s Jane Eyre. Is it possible that having drained this particular well dry, that we may now be set to enjoy a host of adaptations from Russian literature’s 19th century Golden Age? Will Dostoyevsky’s The Idiot be next? Can we expect to see Turgenev’s Fathers and Sons, Pushkin’s Eugene Onegin, or is Tolstoy the exception? In the BBC’s 2003 Big Read survey, of all the greats from Russia’s Golden Age only Tolstoy appeared in the top 200, with War and Peace and Anna Karenina. So if a wave of Russian adaptions aren’t coming, could this just be appreciation for the work of an exemplary writer, considered by everybody from Virginia Woolf to Thomas Mann to be the greatest of all?