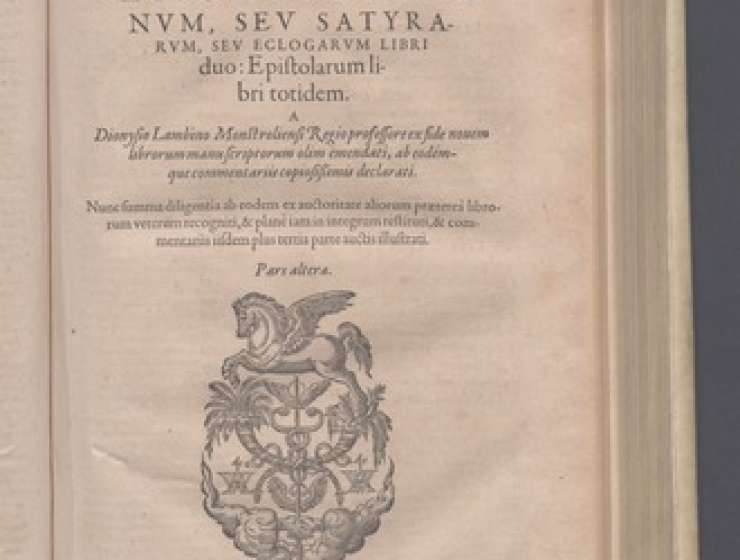 1
228
0
The Poet, The Critic, and the Moralist: Horace, Epistles
Poetry

I begin by quoting from two valuable recent works on Horace. Professor Brink in his Horace on Poetry (1964) writes: ‘The centre of the short piece lies in lines 21—34. Readers, among them critics and poets, had denied one aspect of the Odes which was surely above criticism—the striking originality of these poems.

Horace's defence turns on the question of originality (p. 180) and ‘Epistle 19 is unique in that it alone among the literary satires and letters reiterates Horace's claim to be the Latin fidicen’ (p. 182). And Dr. McGann in his Studies in Horace's First Book of Epistles (Collection Latomus 100: 1969): ‘In Ep. 19... as in the literary satires, Horace is a practising poet or at least a very recently practising one, engaged in defending himself against hostile criticism’ (p. 40) and ‘As the only epistle concerned exclusively with literary matters, the nineteenth stands apart’ (p. 82).