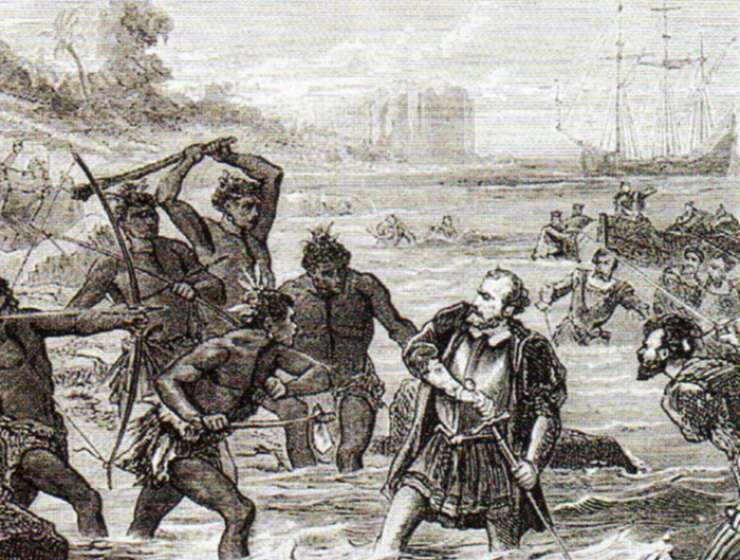 From the start, it was hard to know whose side Ferdinand Magellan was on. Born in northern Portugal around 1480, Magellan, an orphaned son of lesser nobles, spent decades serving the Portuguese crown in its wars abroad, in India and Malaysia. One might think Magellan was the epitome of national devotion. But in 1518, after being rejected by the Portuguese authorities, Magellan turned to his country’s greatest rival: Spain. The Spanish court leapt at the opportunity to back Magellan’s ambitious venture—a voyage to find a westward trade route to the lucrative Spice Islands. For the Portuguese, a countryman aligning himself with public enemy number one was tantamount to treason.

The turn of the 16th century was an unsettled time. Sailors like Christopher Columbus were opening up vast new swathes of land that Europeans viewed as ripe for exploitation. To the west lay the Americas and the Caribbean islands, rich with natural resources (nevermind that they’d been inhabited for millennia). To the east, beyond India, were the Spice Islands, an archipelago in Indonesia called the Moluccas. It was here that traders found nutmeg, cloves, and mace.