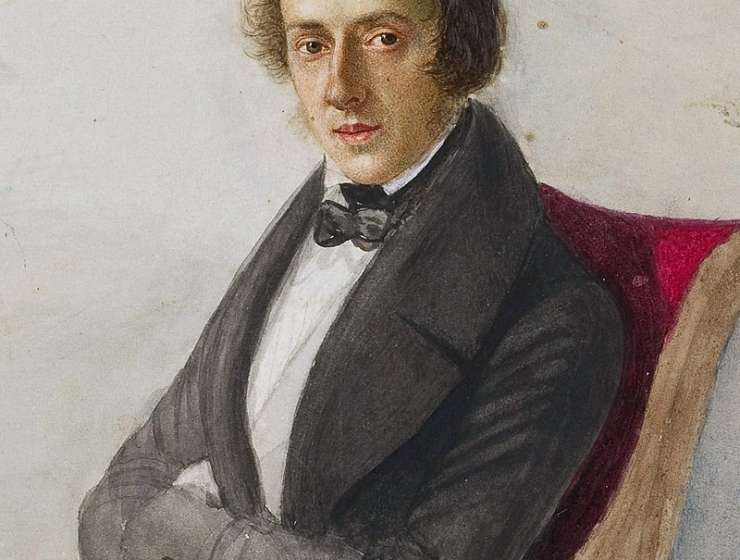 Frederic Chopin, the half-Polish, half-French composer and virtuoso pianist, used the piano to express his thoughts and feelings as perhaps no other composer has done before or since—the piano was his means of communication, his other self. His frailty and ill health from a very early age, together with his conviction that he would not live to an old age, meant that he was denied many of the usual outlets for his emotions. These factors, however, combined with his extraordinary gifts, probably resulted in a legacy of music for the pianoforte (as the instrument was then known) which has been and will continue to be a source of delight to countless music lovers throughout the world. Despite his ill health and short life, the legacy of music he left the world included 27 piano etudes, 25 preludes, 19 nocturnes, 52 mazurkas, 4 impromptus, 2 concertos, 3 sonatas, and a barcarolle.

Many dates have been given as the exact date of birth of Frederic François Chopin. March 1st, March 5th (St. Frederic's day), and February 22nd are possible dates; the latter has the greatest historical support. Chopin was born in the village of Zelazowa-Wola, near Warsaw, in the year 1810. The course of his boyhood was not particularly marked by anything extraordinary, except that he was “sickly and delicate” and that the attention of his family was concentrated on his health. He studied music under Fredrik Ziwna, a passionate disciple of Johann Sebastian Bach.

Story Continues
journal.chestnet.org
What Do You Think Of That Genius?