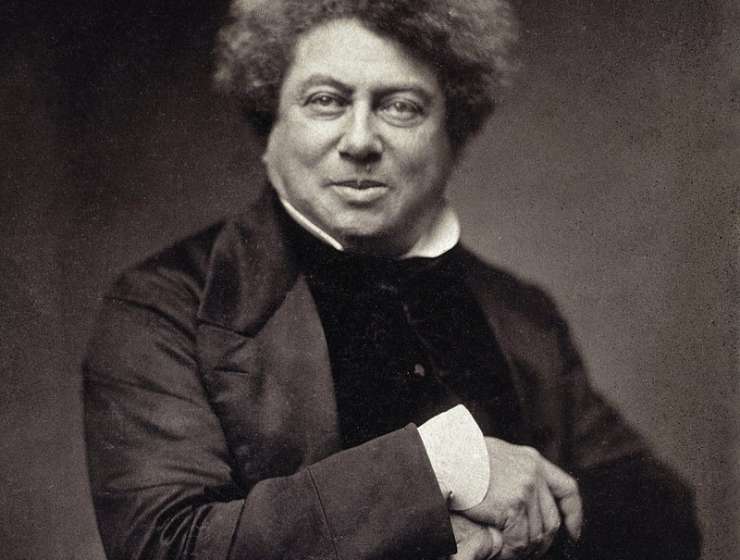 Born in France in 1802, Dumas was the son of famed general Thomas-Alexandre Davy de La Pailleterie and the grandson of Marie Césette Dumas, an enslaved woman of African descent. His last name, Dumas, was adopted from his grandmother. Although the family enjoyed some rank and connection due to General Dumas’ lineage and fame, they were not at all wealthy, and their situation worsened in 1806, when General Dumas died of cancer.

Without much money for an education, Dumas managed to educate himself and take advantage of family connections. When the French monarchy was restored after Napoleon’s final defeat, Dumas made his way to Paris in 1822 to make a living, intending initially to work as a lawyer. He found work in the household of the Duke of Orleans, a future king of France.