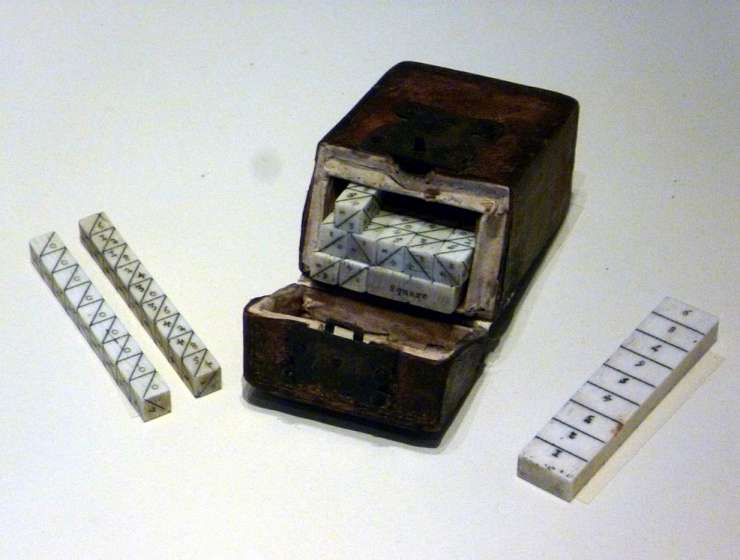 I sometimes feel like a dinosaur. When I went to school, logarithmic tables and slide rules were in active use, and I affectionately still keep them in my office. Now here is a book about the man who invented the logarithm. This is the first time all the published works of John Napier (1550–1617) have been brought together in a single volume. Almost all of his manuscripts and letters were lost in a fire in 1801, so we know relatively little about the man who has been described as “probably the greatest unknown Scot.”

For instance, we know almost nothing about his youth and education. The initiative to commemorate John Napier on the occasion of the quadricentennial of his death was taken by Brian Rice, a direct descendant, and supported by Francis David Charles Napier, 15th Lord Napier and 6th Baron Ettrick. Rice joined forces with a historian of mathematics (González-Velasco) and a historian of early modern religion (Corrigan) to understand the multifaceted mathematician, alchemist, and religious polemist living in an age of great intellectual, political, and religious turmoil in Scotland and throughout Europe.